The Avenue des Champs-Élysées ) is a boulevard in the 8th arrondissement of Paris, 1.9 kilometres (1.2 mi) long and 70 metres (230 ft) wide, running between the Place de la Concorde and the Place Charles de Gaulle, where the Arc de Triomphe is located. It is known for its theatres, cafés and luxury shops, for the annual Bastille Day military parade, and as the finish of the Tour de France cycle race. The name is French for the Elysian Fields, the paradise for dead heroes in Greek mythology. The French proudly call their world-famous boulevard "la plus belle avenue du monde" ("the world's most beautiful avenue").

Description
The avenue runs for 1.91 km (1.18 mi) through the 8th arrondissement in northwestern Paris, from the Place de la Concorde in the east, with the Obelisk of Luxor, to the Place Charles de Gaulle (formerly the Place de l'Étoile) in the west, location of the Arc de Triomphe. The Champs-Élysées forms part of the Axe historique.
The lower part of the Champs-Élysées, from the Place de la Concorde to the Rond-Point, runs through the Jardin des Champs-Élysées, a park which contains the Grand Palais, the Petit Palais, the Théâtre Marigny, and several restaurants, gardens and monuments. The Élysée Palace, the official residence of the Presidents of France, borders the park, but is not on the Avenue itself. The Champs-Élysées ends at the Arc de Triomphe, built to honour the victories of Napoleon Bonaparte. 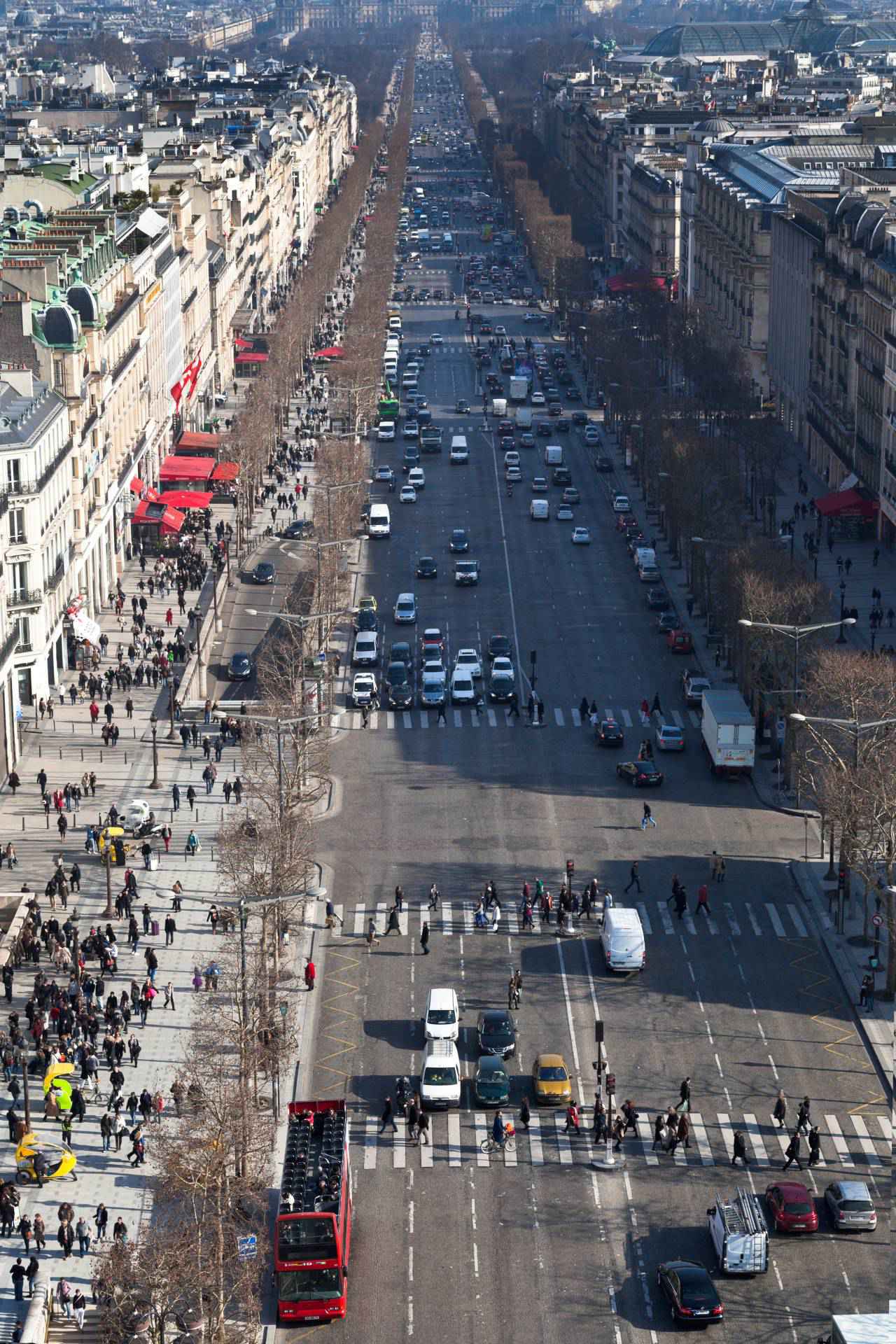