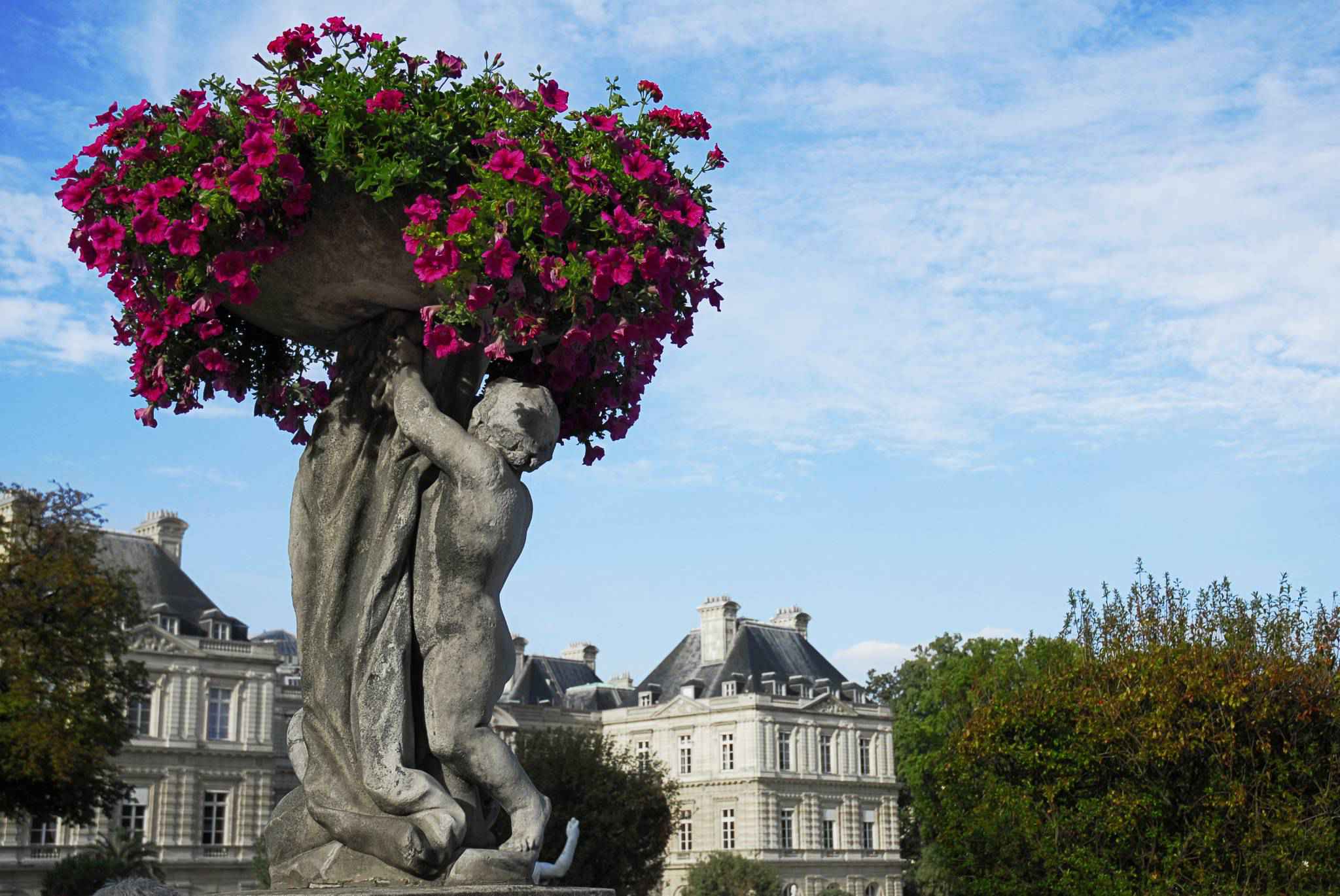 The Jardin du Luxembourg, or the Luxembourg Garden, located in the 6th arrondissement of Paris, was created beginning in 1612 by Marie de' Medici, the widow of King Henry IV of France, for a new residence she constructed, the Luxembourg Palace. The garden today is owned by the French Senate, which meets in the Palace. It covers 23 hectares and is known for its lawns, tree-lined promenades, flowerbeds, the model sailboats on its circular basin, and for the picturesque Medici Fountain, built in 1620.

Features
The garden is largely devoted to a green parterre of gravel and lawn populated with statues and centred on a large octagonal basin of water, with a central jet of water; in it children sail model boats. The garden is famed for its calm atmosphere. Surrounding the bassin on the raised balustraded terraces are a series of statues of former French queens, saints and copies after the Antique. In the southwest corner, there is an orchard of apple and pear trees and the théâtre des marionnettes . The gardens include a large fenced-in playground for young children and their parents and a vintage carousel. In addition, free musical performances are presented in a gazebo on the grounds and there is a small cafe restaurant nearby, under the trees, with both indoor and outdoor seating from which many people enjoy the music over a glass of wine. The orangerie displays art, photography and sculptures.

The École nationale supérieure des Mines de Paris and the Odéon theatre stand next to the Luxembourg Garden.

The central axis of the garden is extended, beyond its wrought iron grill and gates opening to rue Auguste Comte, by the central esplanade of the rue de l'Observatoire, officially the Jardin Marco Polo, where sculptures of the four Times of Day alternate with columns and culminate at the southern end with the 1874 "Fountain of the Observatory", also known as the "Fontaine des Quatre-Parties-du-Monde" or the "Carpeaux Fountain", for its sculptures by Jean-Baptiste Carpeaux. It was installed as part of the development of the avenue de l'Observatoire by Gabriel Davioud in 1867. 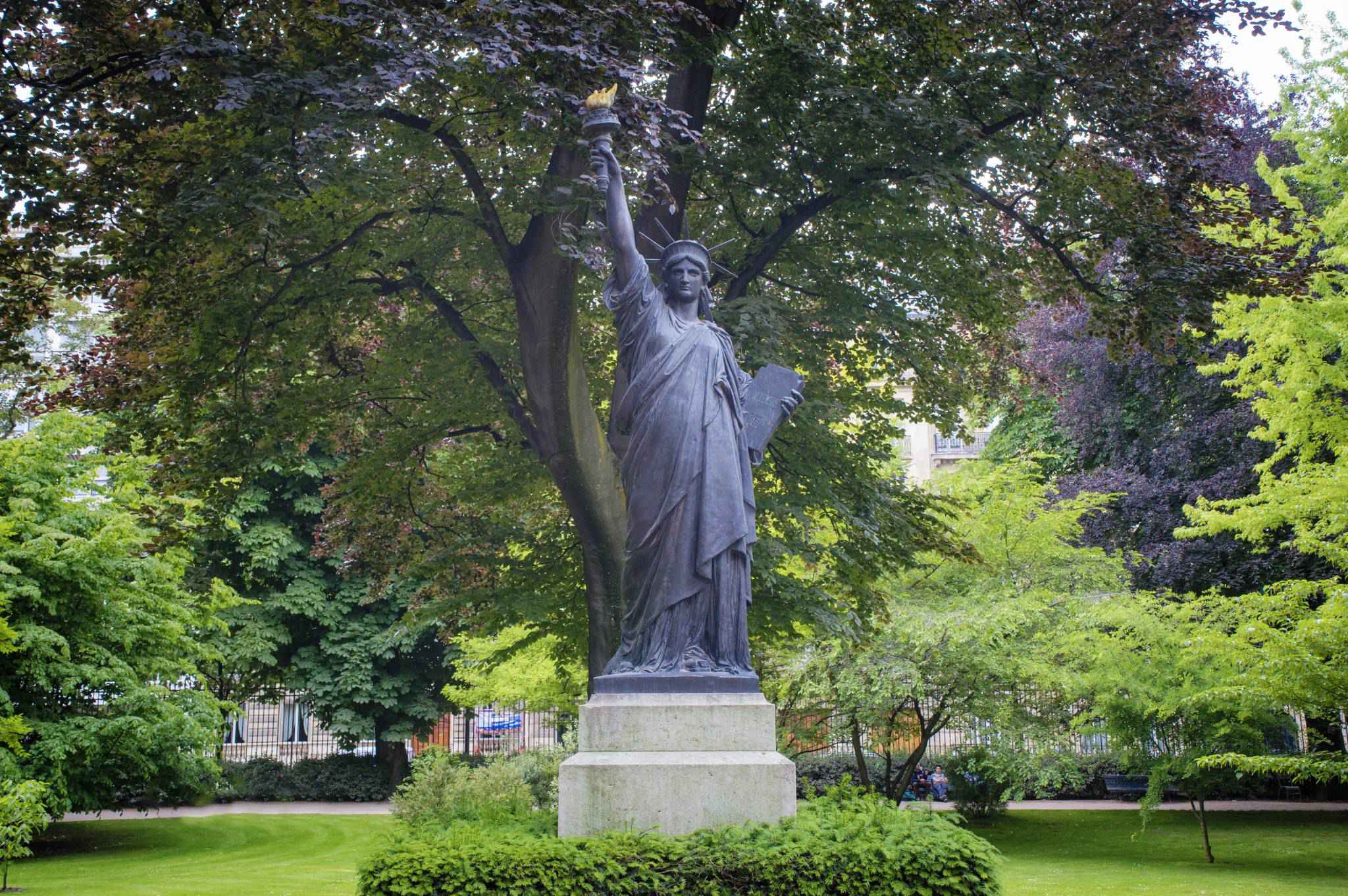