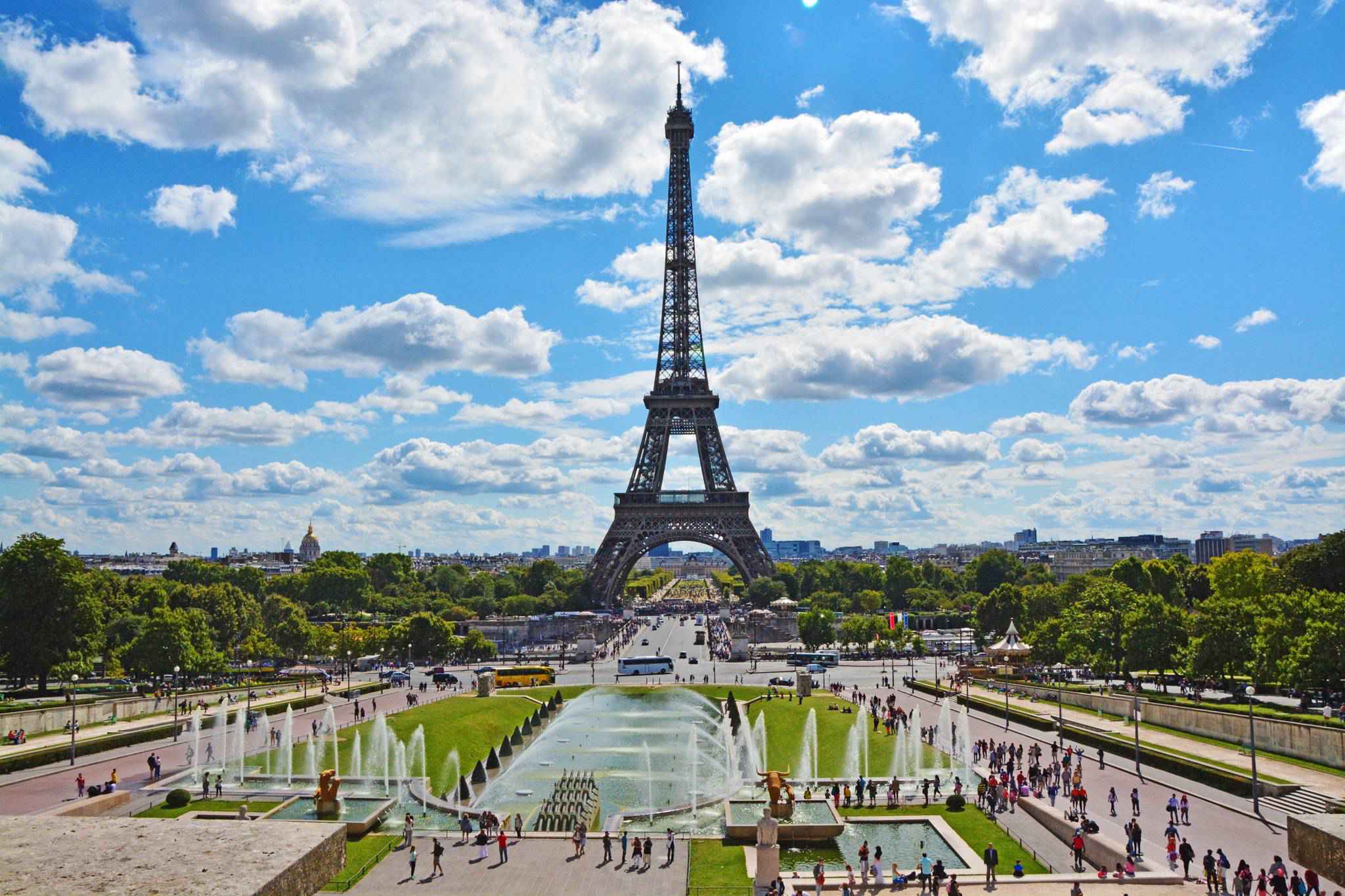 Jardins du Trocadéro is an open space in Paris, located in the 16th arrondissement of Paris, bounded to the northwest by the wings of the Palais de Chaillot and to the southeast by the Seine and the Pont d'Iéna, with the Eiffel Tower on the opposite bank of the Seine.

History
The entire site was formerly the garden of the original Palais du Trocadero, laid out by Jean-Charles Alphand for the Exposition Universelle (1878).

The present garden has an area of 93,930 m2, and was created for the Exposition Internationale des Arts et Techniques dans la Vie Moderne (1937). This was the design of Parisian architect Roger-Henri Expert. During the exposition in 1937, the pavillons of Nazi Germany and the Soviet Union were facing each other on opposite sides of the Jardins du Trocadéro.

Statuary
With sloping fairways that run along the river, the garden terraces feature a number of sculptures, some dating from the 1930s, including:
at the first level below the Palais de Chaillot, the matching stone statues L'Homme by Pierre Traverse, and La Femme by Daniel Bacqué, both leaning against stone pedestals
two gilded bronze fountain sculptures in their own square basins, Bull and Deer by Paul Jouve and Horses and Dog by Georges Guyot
21-foot bronze Apollo with lyre (or Apollon musagète) group by sculptor Henri Bouchard
a matching 21-foot bronze Hercules with bull, by Albert Pommier
two matching stone groups on pedestals towards the southeastern end of the fountain, La Joie de vivre, by Léon-Ernest Drivier and Youth by Pierre Poisson 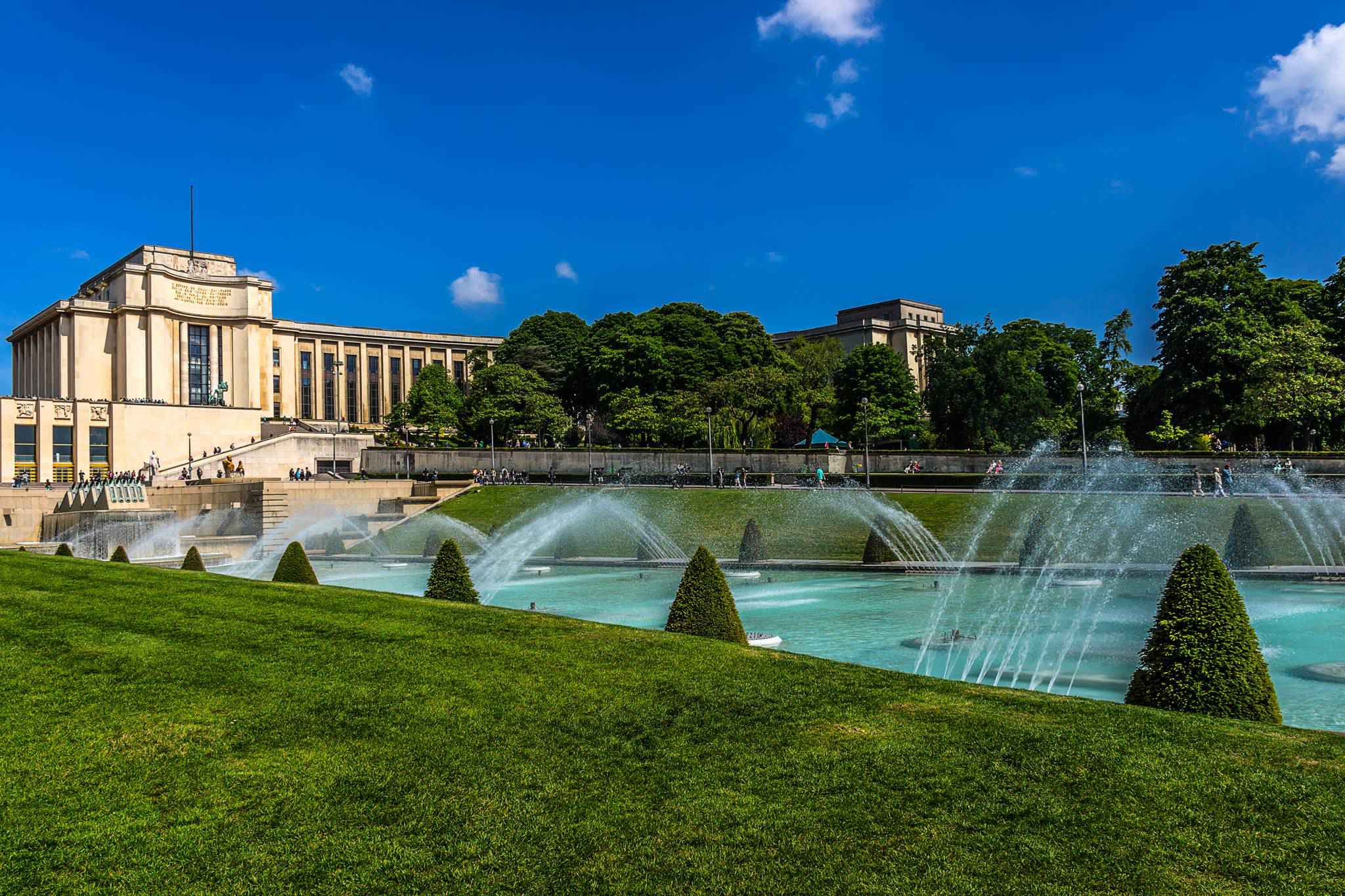