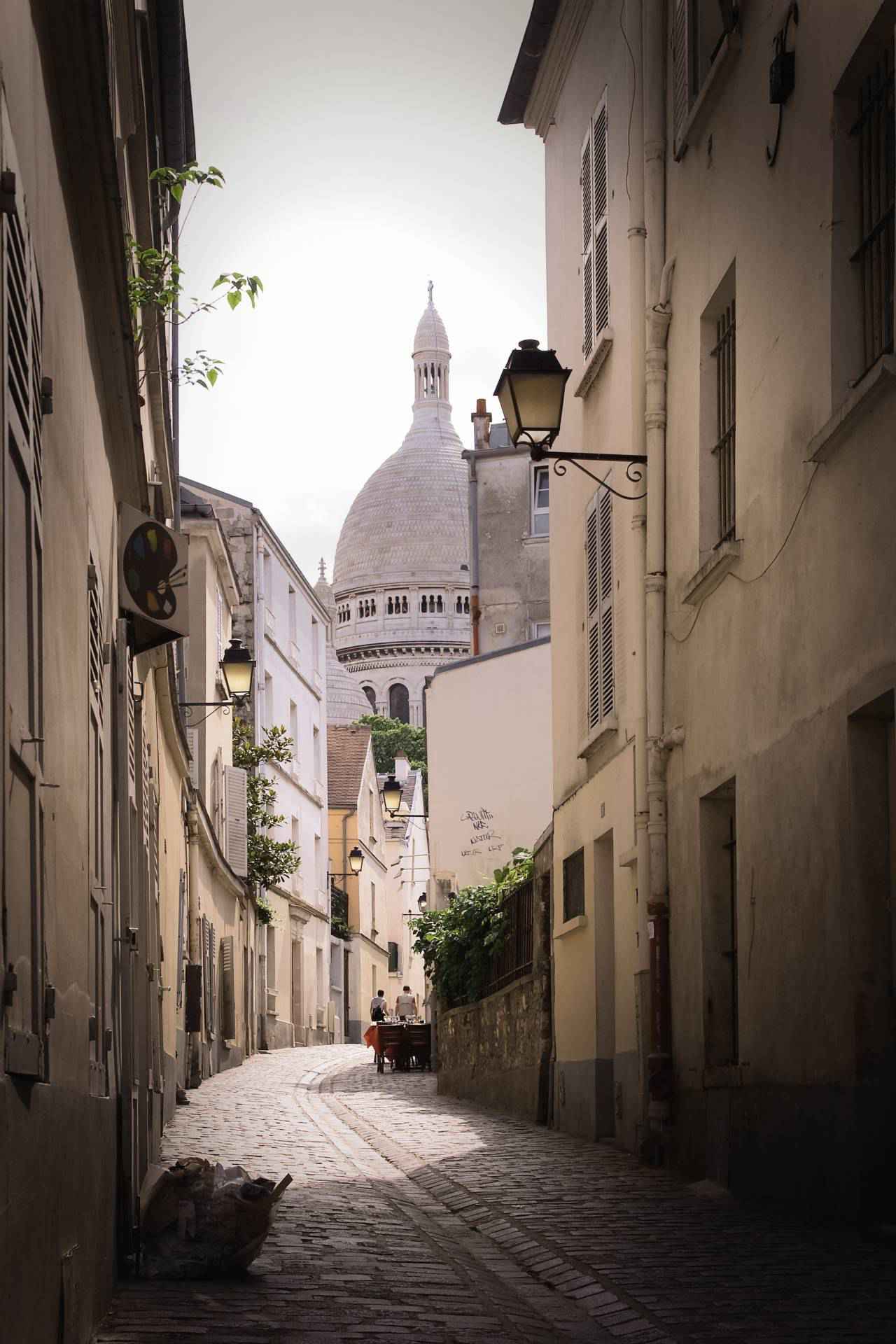 Montmartre is a large hill in Paris's 18th arrondissement. It is 130 metres (430 feet) high and gives its name to the surrounding district, part of the Right Bank in the northern section of the city. The historic district established by the City of Paris in 1995 is bordered by rue Caulaincourt and rue Custine on the north; rue de Clignancourt on the east; boulevard de Clichy and boulevard de Rochechouart to the south. containing sixty hectares. Montmartre is primarily known for the white-domed Basilica of the Sacré-Cœur on its summit and as a nightclub district. The other, older, church on the hill is Saint Pierre de Montmartre, which claims to be the location at which the Jesuit order of priests was founded.

At the beginning of the twentieth century, during the Belle Époque, many artists had studios or worked in or around Montmartre, including Salvador Dalí, Amedeo Modigliani, Claude Monet, Henri de Toulouse-Lautrec, Piet Mondrian, Pablo Picasso, Camille Pissarro and Vincent van Gogh. Montmartre is also the setting for several hit films. This site is served by metro, with line 2 stations at Anvers, Pigalle and Blanche and line 12 stations at Pigalle, Abbesses, Lamarck - Caulaincourt and Jules Joffrin.

Main Sights
the Fête des vendanges of Montmartre, attended by more than 350,000 persons during the first weekend in October each year
the Place du Tertre, known for the artists who paint tourists for pleasure
the Espace Dalí, a museum dedicated to several of the surrealist's masterpieces
the Dalida house in rue d'Orchampt
the place Dalida
the place Pigalle and the Moulin Rouge in the south
the marché Saint-Pierre, area of the cloth sellers, in the south-east
the working class districts with immigrant communities: Barbès (Maghreb) in the southeast, Château Rouge in the east
the boulevard de Rochechouart (metro stations: Anvers and Pigalle) for its concert halls (La Cigale, L'Elysée-Montmartre, Le Trianon, La Boule Noire) inspired by the 19th century cabarets
the cimetière de Montmartre
the famous and often sung rue Lepic with its Les Deux Moulins café, made famous by the movie Le Fabuleux Destin d'Amélie Poulain
Erik Satie's house
the Place Marcel-Aymé, site of the R-26 artistic salon and the statue Le passe muraille
rue Saint-Vincent, the vigne de Montmartre, the most famous of the Parisian vineyards (there are some others, in particular in the parc Georges Brassens in the 15ème arrondissement). Its wine is quite expensive; the earnings are used to help social institutions. It is overhung by beautiful buildings from the 20s
Le Chat noir and the Lapin Agile cabarets whose clientele at the beginning of the 20th century was mainly French artists
the Moulin de la Galette
the funiculaire de Montmartre, a funicular railway one can use instead of the steps to ascend the hill
the place Émile-Goudeau, where the Bateau-Lavoir welcomes great painters
Place Jean-Marais
the Wall of Love in the Jehan Rictus garden square
the Martyrium of Saint Denis