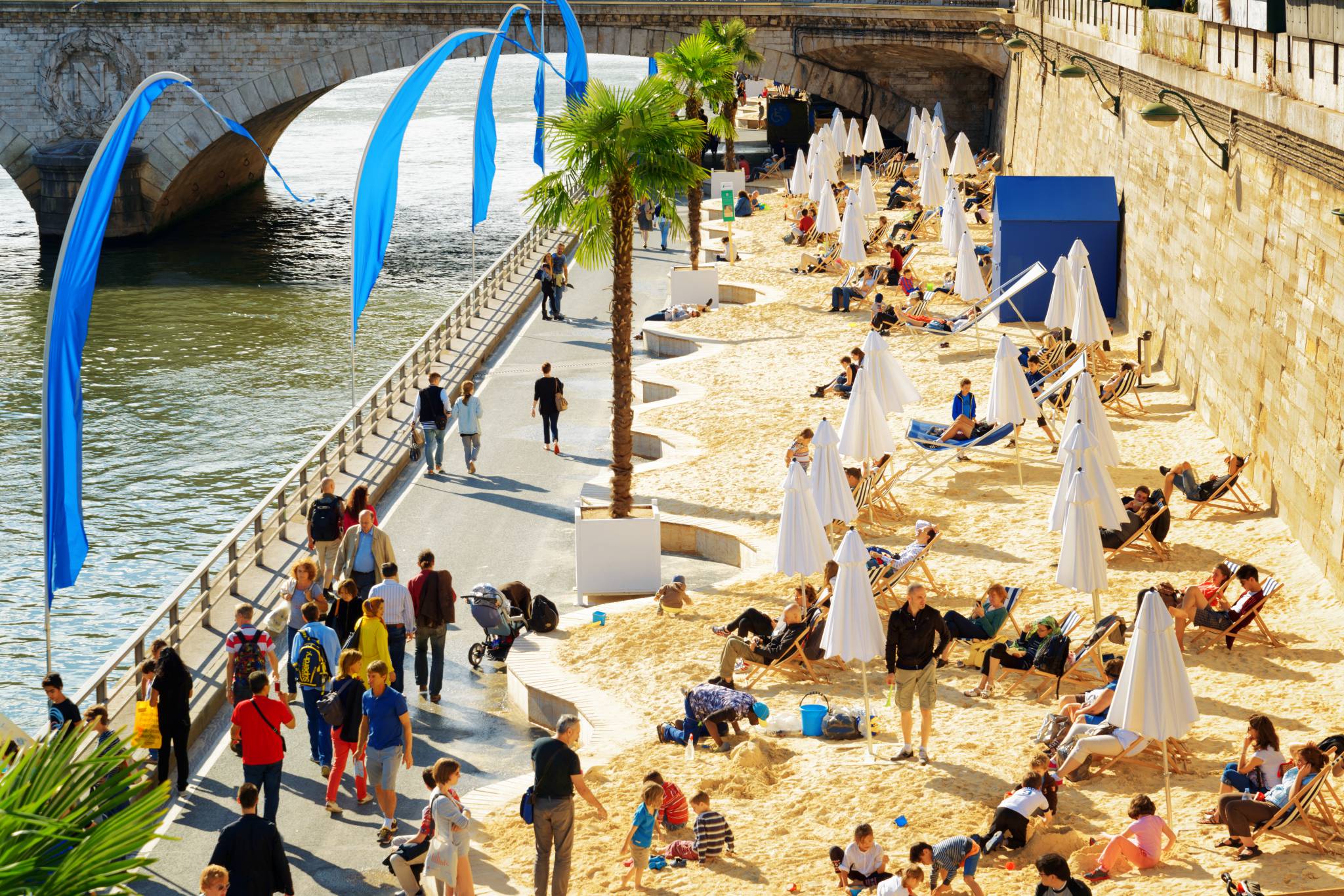 
Paris-Plages ("Paris Beaches") is a plan run by the office of the mayor of Paris that creates temporary artificial beaches each summer along the river Seine in the centre of Paris, and, since 2007, along the Bassin de la Villette in the northeast of Paris. Every July and August, roadways on the banks of the Seine are closed off and host various activities, including sandy beaches and palm trees.

French city-dwellers traditionally escape to the seaside or the countryside during the summer, especially in August. Paris is avoided, as the weather is unpleasantly hot and humid, and the centre has many tourists. Nevertheless, each summer many residents are obliged to remain in the city, however reluctantly. The Paris-Plages scheme was instigated in 2002 by Bertrand Delanoë, the newly elected Socialist Party mayor, as a haven for relieving the misery of those cooped up in the sweltering city.

Initially there was a single beach on the Rive Droite. In 2006 a second beach was added on the Rive Gauche, and the scheme's name changed from singular to plural. Unlike many beaches in France, topless sunbathing is not permitted. Swimming in the Seine is also not permitted, for safety reasons.

The scheme has proven a major success; the number of visitors has grown each year and topped four million in 2007. Every season, new features are added. These include a shuttle ferry linking the two riverbanks, a floating swimming pool, and another beach area at La Villette, in the northeast corner of the city.

The beaches were built free of charge by LafargeHolcim from 2002 to 2017, when the city of Paris discontinued their contract in retaliation for LafargeHolcim's proposal to build the wall on the Mexico-United States border promised by U.S. President Donald Trump. 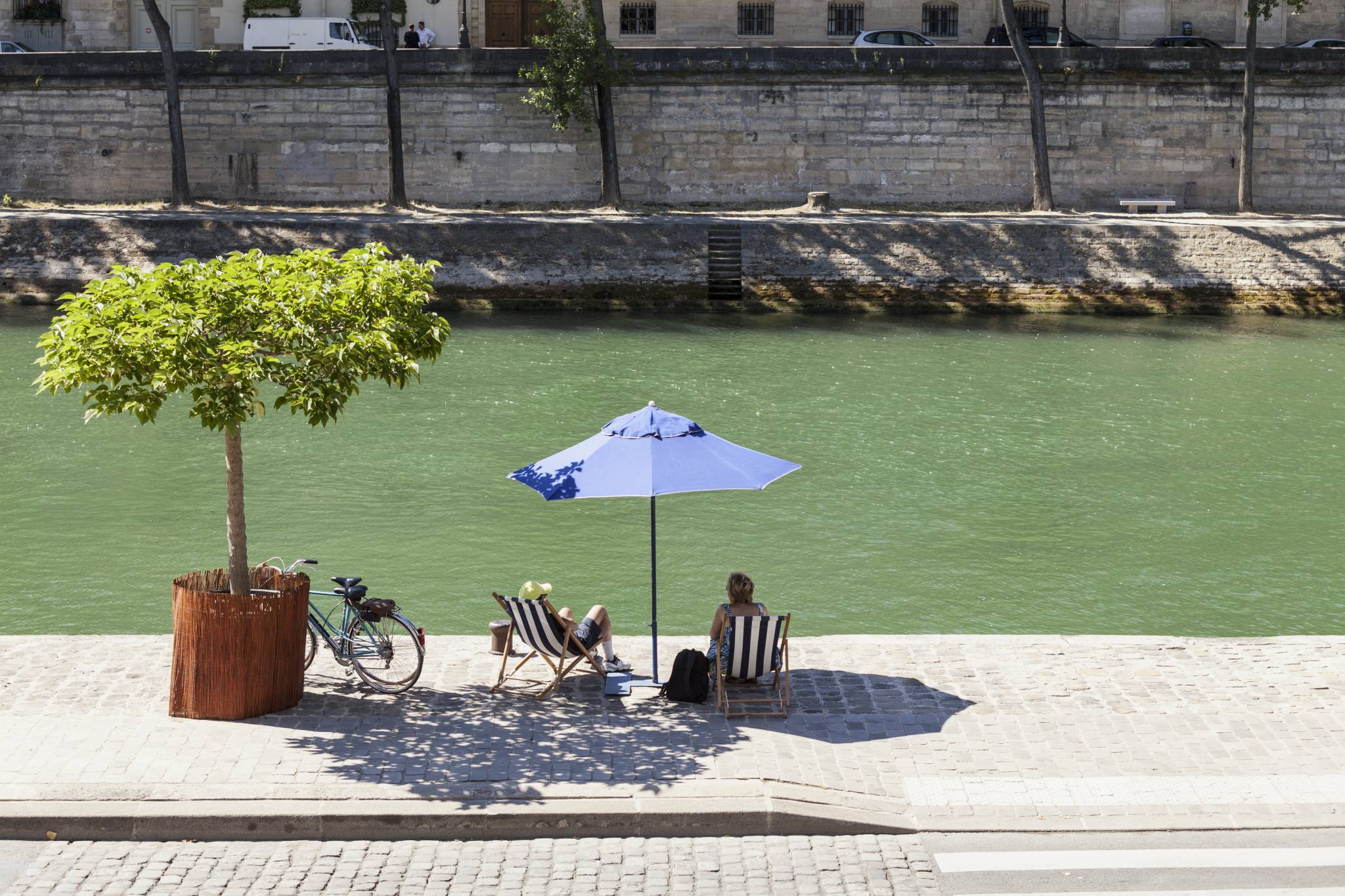