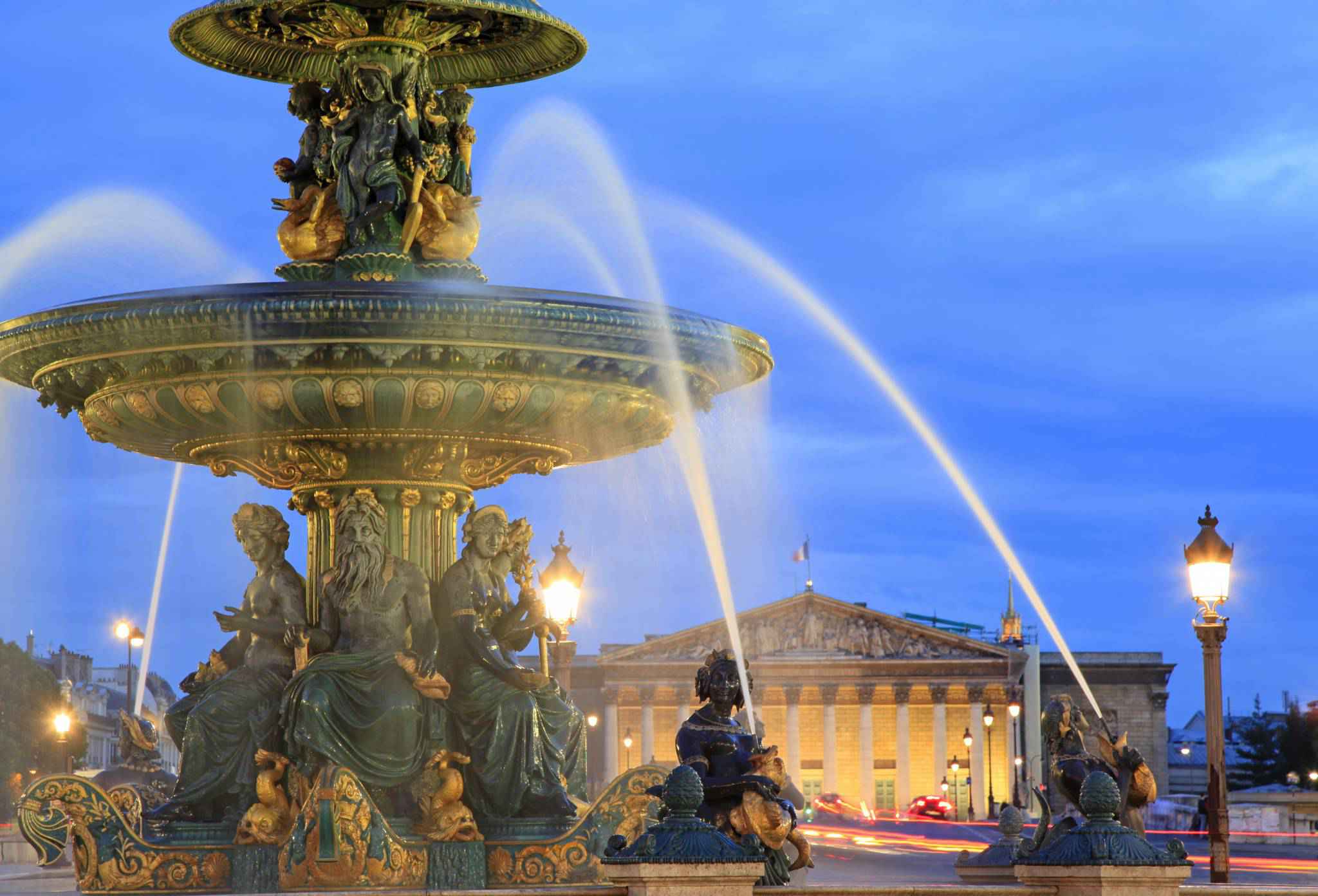 The Place de la Concorde is one of the major public squares in Paris, France. Measuring 8.64 hectares (21.3 acres) in area, it is the largest square in the French capital. It is located in the city's eighth arrondissement, at the eastern end of the Champs-Élysées.

The place was designed by Ange-Jacques Gabriel in 1755 as a moat-skirted octagon between the Champs-Élysées to the west and the Tuileries Garden to the east. Decorated with statues and fountains, the area was named Place Louis XV to honor the king at that time. The square showcased an equestrian statue of the king, which had been commissioned in 1748 by the city of Paris, sculpted mostly by Edmé Bouchardon, and completed by Jean-Baptiste Pigalle after the death of Bouchardon.

At the north end, two magnificent identical stone buildings were constructed. Separated by the rue Royale, these structures remain among the best examples of Louis Quinze style architecture. Initially, the eastern building served as the French Naval Ministry. Shortly after its construction, the western building became the opulent home of the Duc d'Aumont. It was later purchased by the Comte de Crillon, whose family resided there until 1907. The famous luxury Hôtel de Crillon, which currently occupies the building, took its name from its previous owners.

French Revolution
During the French Revolution the statue of Louis XV of France was torn down and the area renamed Place de la Révolution. The new revolutionary government erected the guillotine in the square, and it was here that King Louis XVI was executed on 21 January 1793.

In 1795, under the Directory, the square was renamed Place de la Concorde as a gesture of reconciliation after the turmoil of the French Revolution. After the Bourbon Restoration of 1814, the name was changed back to Place Louis XV, and in 1826 the square was renamed Place Louis XVI. After the July Revolution of 1830 the name was returned to Place de la Concorde and has remained since. 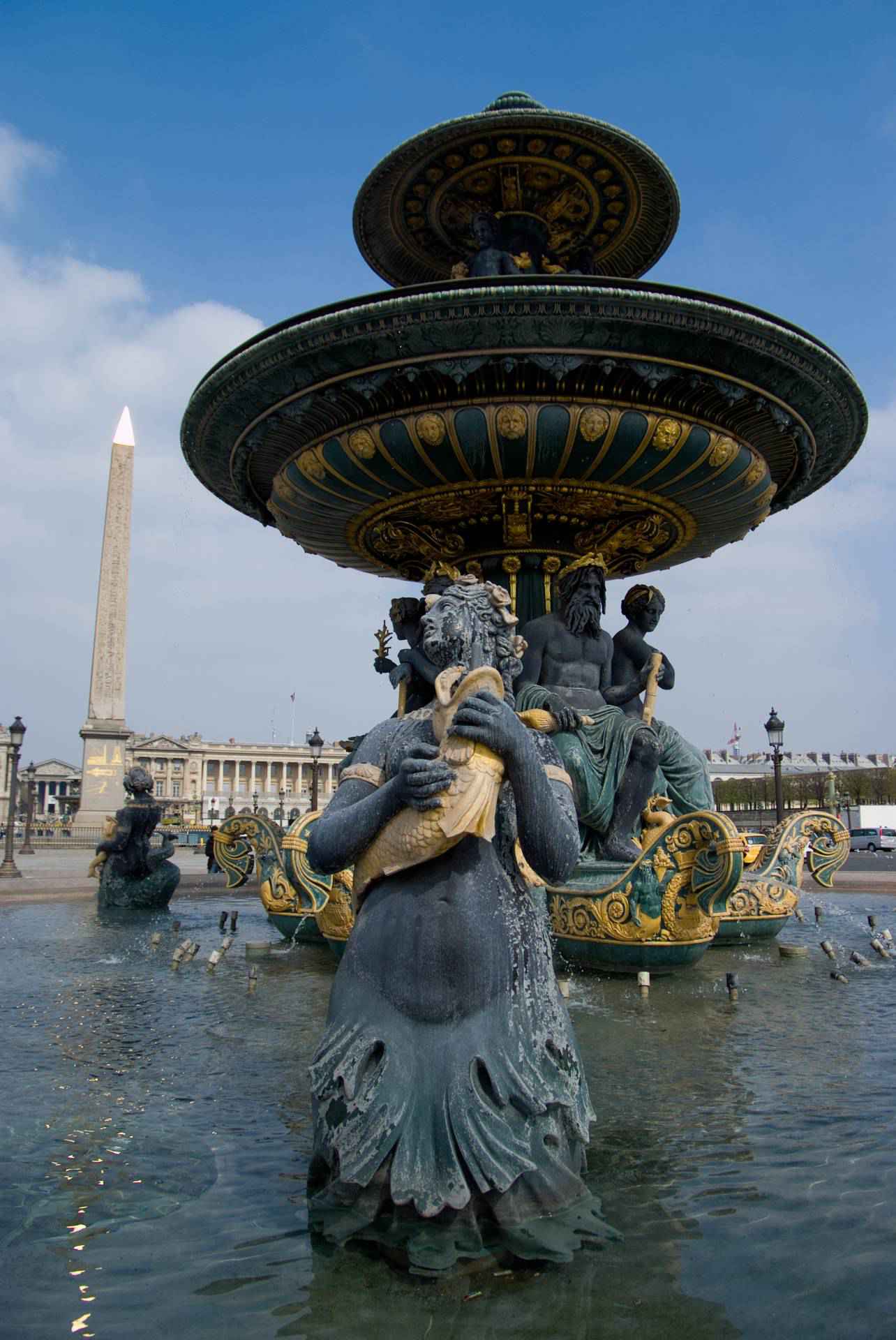