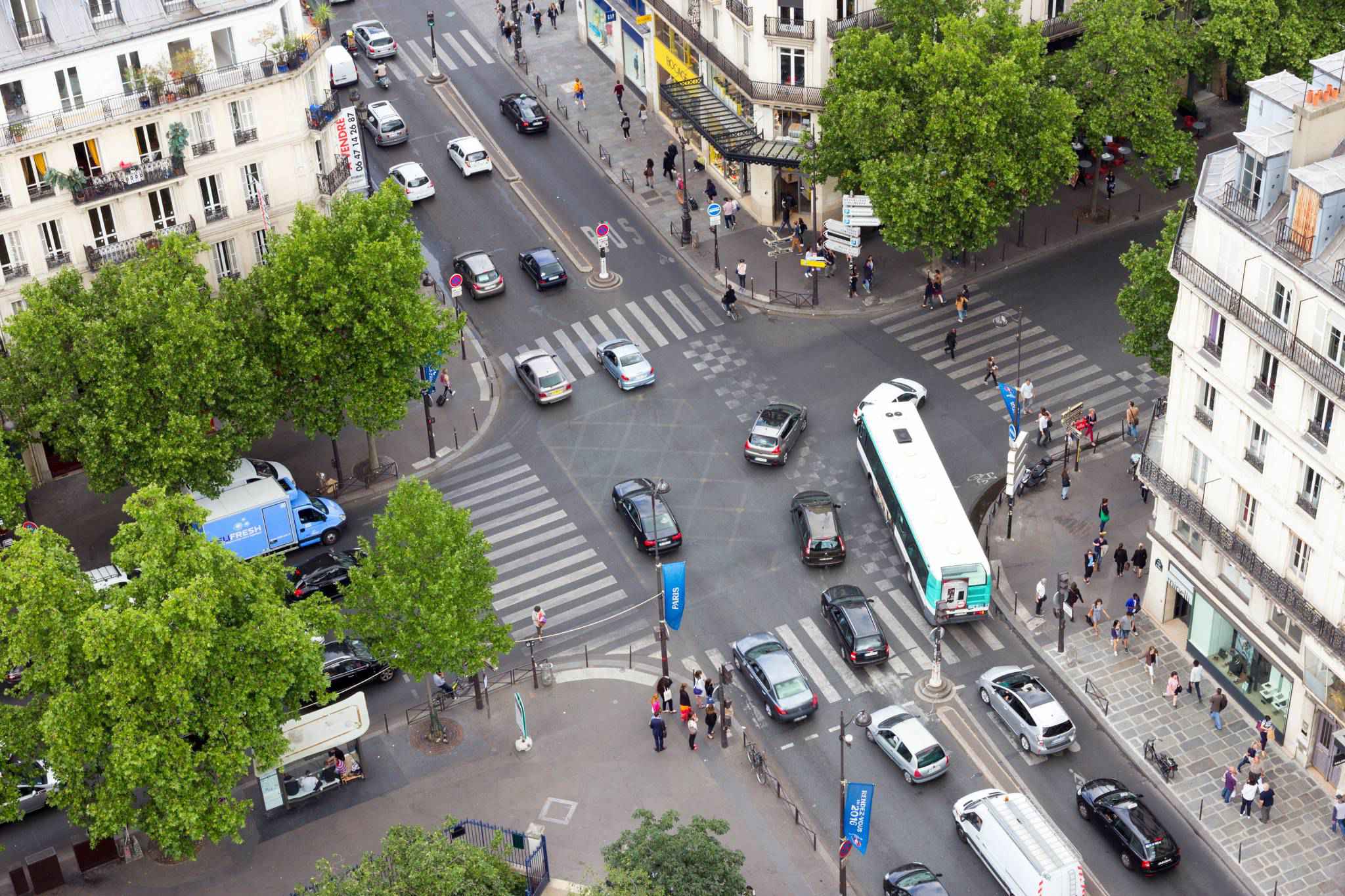 Rue de Rivoli is one of the most famous streets of Paris, a commercial street whose shops include the most fashionable names in the world. It bears the name of Napoleon's early victory against the Austrian army, at the battle of Rivoli, fought January 14 and 15, 1797. The rue de Rivoli marked a transitional compromise between an urbanism of prestige monuments and aristocratic squares, and the forms of modern town planning by official regulation.

The new street that Napoleon Bonaparte pierced through the heart of Paris took for one side the north wing of the Louvre Palace, which Napoleon extended, and the Tuileries Gardens. For the first time ever, a handsome, regular, wide street would face the north wing of the old palace. Napoleon's original section of the street opened up eastward from the Place de la Concorde. Builders on the north side of the Place Louis XV, as it then was named, between rue de Mondovi and rue Saint-Florentin, had been constrained by letters patent in 1757 and 1758 to follow a single façade plan. The result was a pleasing uniformity, and Napoleon's planners extended a similar program, which has resulted in the famous arcaded facades that extend for almost a mile.

The restored Bourbon King Charles X continued the rue de Rivoli eastwards from the Louvre, as did King Louis-Philippe. Finally, Emperor Napoleon III extended it on into the 17th-century quarter of the Marais (see: Right Bank). Beneath the rue de Rivoli runs one of the main brick-vaulted oval-sectioned sewers of Paris' much-imitated system, with its sidewalks for the sewerworkers.

In 1852, opposite the wing of the Louvre, Baron Haussmann enlarged the Place du Palais-Royal that is centered on the baroque Palais Royal, built for Cardinal Richelieu in 1624 and willed to the royal family, with its garden surrounded by chic commercial arcades. At the rear of the garden is the older branch of the Bibliothèque Nationale, in rue Richelieu.

North of the rue de Rivoli, at the point where the Grands Boulevards crossed an enormous new square, the new opera house was built. The Opera Garnier is a magnificent monument to the construction of the Second Empire. Just behind the opera house can be found the largest department stores, like the Galeries Lafayette and Printemps.
East along the rue de Rivoli, at the Place des Pyramides, is the gilded statue of Joan of Arc situated close to where she was wounded at the Saint-Honoré Gate in her unsuccessful attack on English-held Paris on September 8, 1429. A little further along, towards the Place de la Concorde, the rue de Castiglione leads to the Place Vendôme, with its Vendôme Column surmounted by the effigy of Napoleon Bonaparte. He began the building of the street in 1802; it was completed in 1865. A plaque at no. 144 commemorates the assassination there of the Huguenot leader Admiral Gaspard de Coligny in the St. Bartholomew's Day massacre of 1572.

Saint-Jacques Tower
Saint-Jacques Tower is a monument located in the 4th arrondissement of Paris, France, on Rue de Rivoli at Rue Nicolas Flamel. This 52-metre (171 ft) Flamboyant Gothic tower is all that remains of the former 16th-century Church of Saint-Jacques-de-la-Boucherie ("Saint James of the butchery"), which was demolished in 1797, during the French Revolution, leaving only the tower. What remains of the destroyed church of St. Jacques La Boucherie is now considered a national historic landmark. The closest métro station is Châtelet. 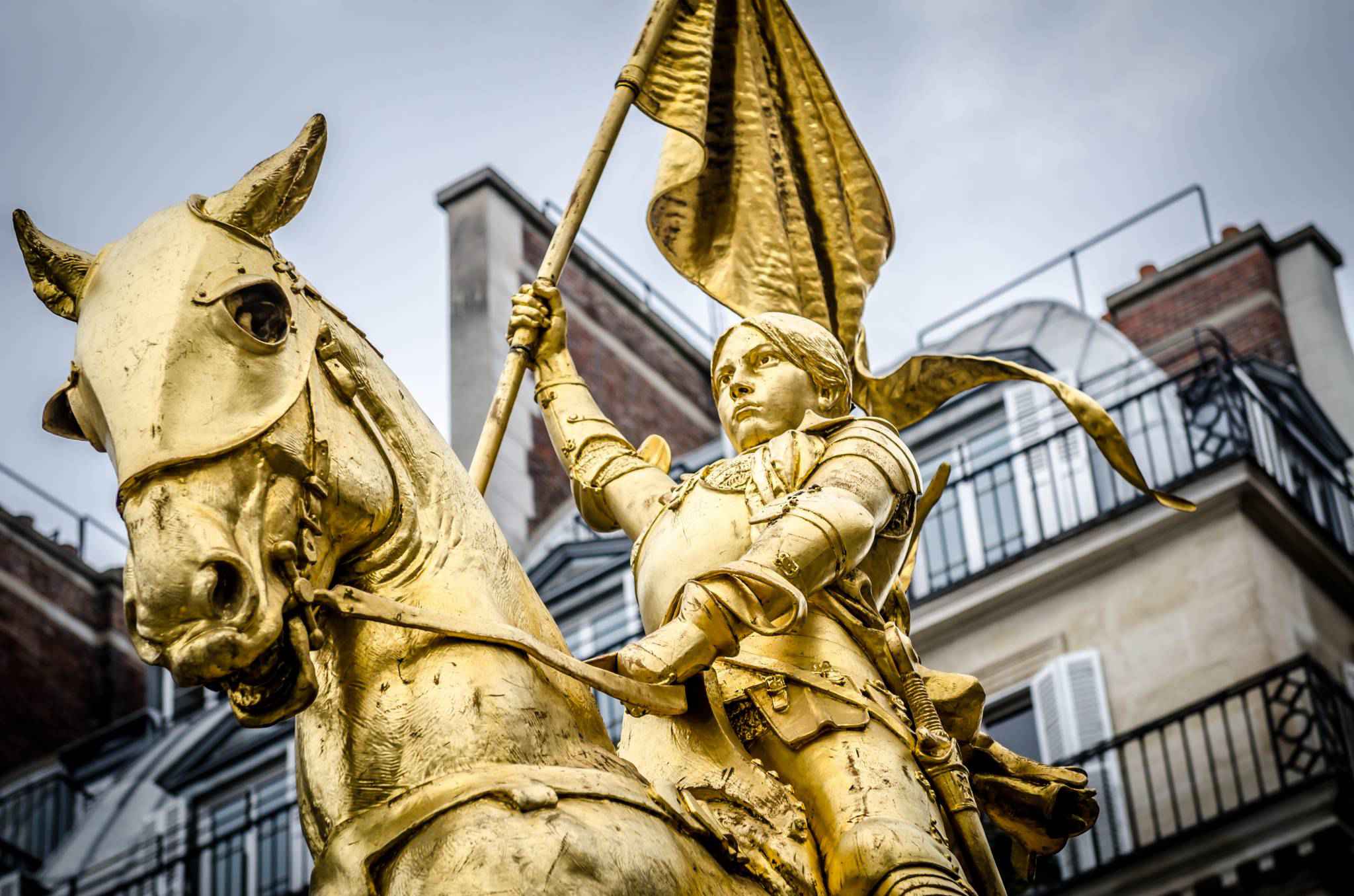