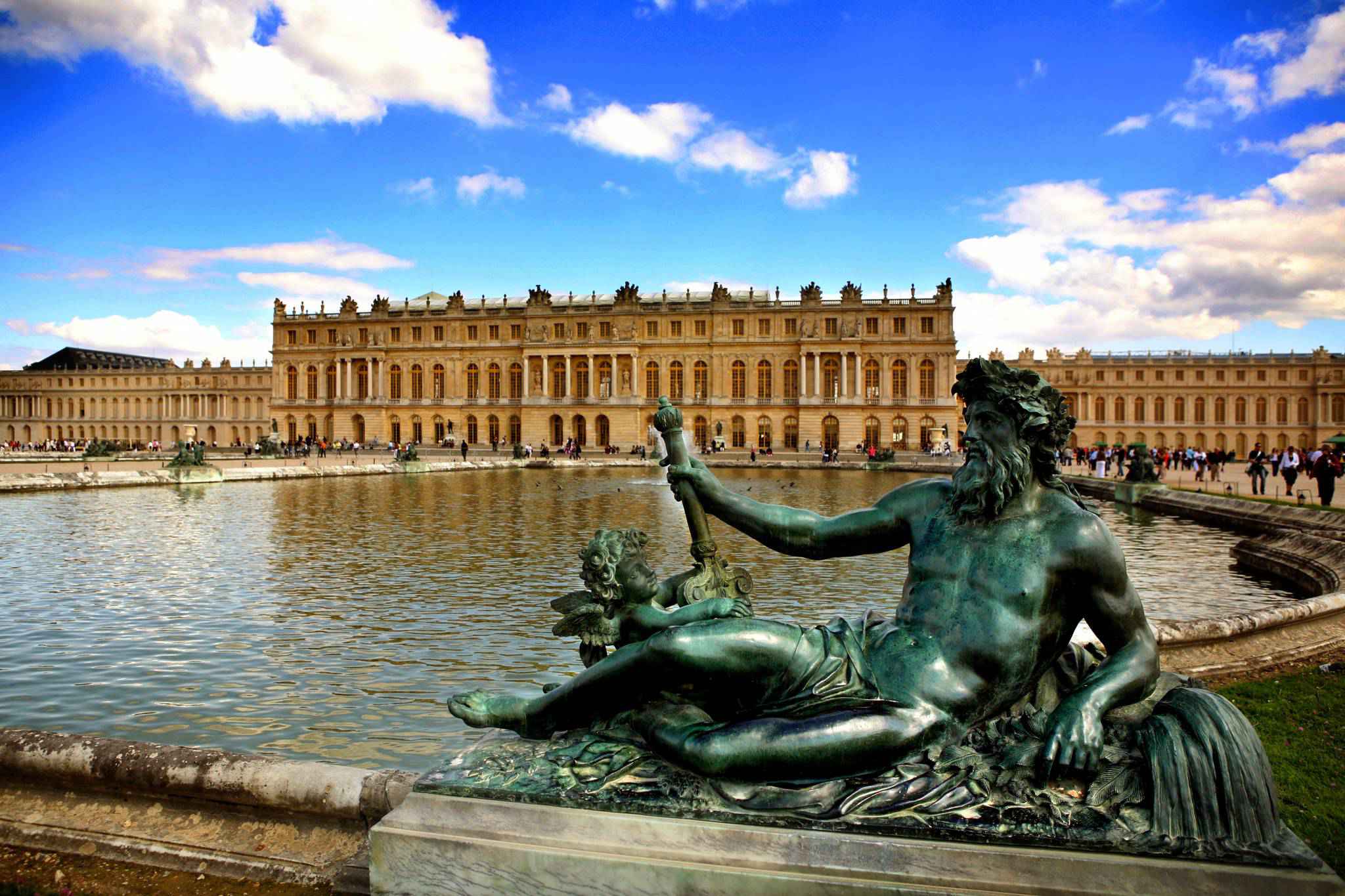 When the château was built, Versailles was a small village dating from the 11th century; today, however, it is a wealthy suburb of Paris, some 20 kilometres (12 miles) southwest of the centre of the French capital (point zero at square in front of Notre Dame). Versailles was the seat of political power in the Kingdom of France from 1682, when Louis XIV moved the royal court from Paris, until the royal family was forced to return to the capital in October 1789, within three months after the beginning of the French Revolution. Versailles is therefore famous not only as a building, but as a symbol of the system of absolute monarchy of the Ancien Régime.

Architecture History
20th century
Neglect after October 1789, when the royal family had to leave Versailles, and the ravages of war in parts of the 19th and 20th centuries have left their mark on the palace and its park. Post-World War II governments have sought to repair these damages. On the whole, they have been successful, but some of the more costly items, such as the vast array of fountains, have yet to be put back completely in service. As spectacular as they might seem now, they were even more extensive in the 18th century. The 18th-century waterworks at Marly— the Machine de Marly that fed the fountains— was possibly the biggest mechanical system of its time. The water came in from afar on monumental stone aqueducts which have long ago fallen into disrepair or been torn down. Some aqueducts, such as the unfinished Canal de l'Eure, which passes through the gardens of the château de Maintenon, were never completed for want of resources or due to the exigencies of war. The search for sufficient supplies of water was never fully realised even during the apogee of the reign of the Sun King, as the fountains could not be operated together satisfactorily for any significant periods of time.

The restoration initiatives launched by the Fifth Republic have proven to be perhaps more costly than the expenditures of the palace in the Ancien Régime. Starting in the 1950s, when the museum of Versailles was under the directorship of Gérald van der Kemp, the objective was to restore the palace to its state – or as close to it as possible – in 1789 when the royal family left the palace. Among the early projects was the repair of the roof over the Hall of Mirrors; the publicity campaign brought international attention to the plight of post-war Versailles and garnered much foreign money including a grant from the Rockefeller Foundation. Concurrently, in the Soviet Union (Russia since 26 December 1991), the restoration of the Pavlovsk Palace located 25 kilometers from the center of Leningrad – today's Saint Petersburg – brought the attention of French Ministry of Culture, including that of the curator of Versailles.

Pavlovsk Palace was built by Catherine the Great's son Paul. The czarevitch and his wife, Marie Feodorovna, were ardent francophiles, who, on a visit to France and Versailles in May and June 1782, purchased great quantities of silk, which they later used to upholster furniture in Pavlovsk. The palace survived the Russian Revolution intact – descendants of Paul I were living in the palace at the time the communists evicted them – however, during the Second World War, the furniture and artifacts housed in the palace, which had been transformed into a museum, were removed. In the process of evacuation the museum collections, remnants of the silks purchased by Paul I of Russia and Marie Feodorovna were found and conserved. After the war when Soviet authorities were restoring the palace, which had been gutted by the retreating Nazi forces, they recreated the silk fabrics by using the conserved 18th-century remnants.

When these results and high quality achieved were brought to the attention of the French Minister of Culture, he revived 18th-century weaving techniques so as to reproduce the silks used in the decoration of Versailles. The two greatest achievements of this initiative are seen today in wall hangings used in the restoration of the chambre de la reine in the grand appartement de reine and the chambre du roi in the appartement du roi. While the design used for the chambre du roi was, in fact, from the original design to decorate the chambre de la reine, it nevertheless represents a great achievement in the ongoing restoration at Versailles. Additionally, this project, which took over seven years to achieve, required several hundred kilograms of silver and gold to complete. One of the more costly endeavours for the museum and France's Fifth Republic has been to repurchase as much of the original furnishings as possible. However, because furniture with a royal provenance – and especially furniture that was made for Versailles – is a highly sought after commodity on the international market, the museum has spent considerable funds on retrieving much of the palace's original furnishings.

21st century
The Fifth Republic has enthusiastically promoted the museum as one of France's foremost tourist attractions, with recent figures stating that nearly five million people visit the château, and 8 to 10 million walk in the gardens, every year. In 2003, a new restoration initiative – the "Grand Versailles" project – was started, which necessitated unexpected repair and replantation of the gardens, which had lost over 10,000 trees during Hurricane Lothar on 26 December 1999. The project will be on-going for the next seventeen years, funded with a state endowment of €135 million allocated for the first seven years. It will address such concerns as security for the palace, and continued restoration of the bosquet des trois fontaines. Vinci SA underwrote the €12 million restoration project for the Hall of Mirrors, which was completed in 2006. 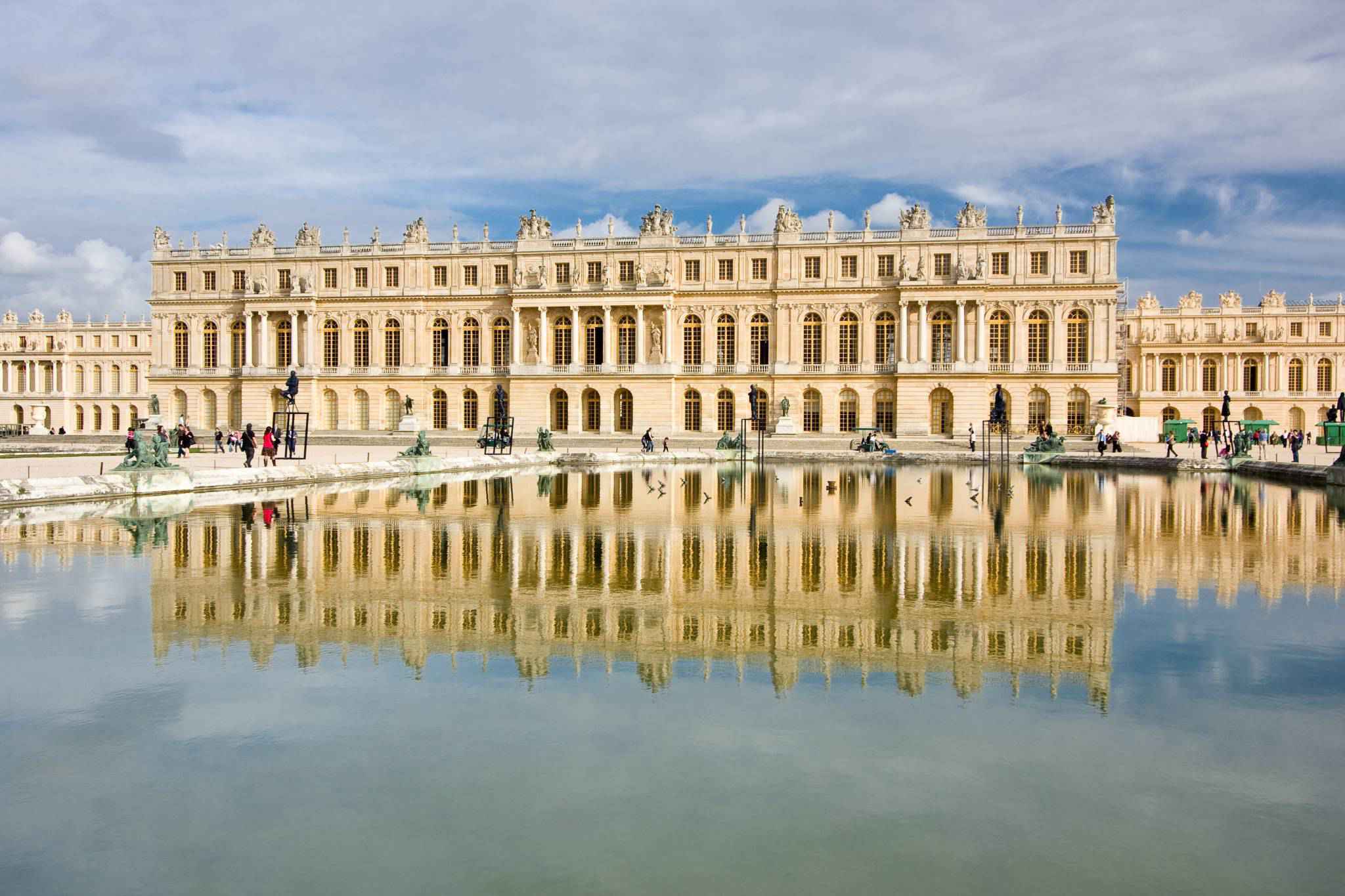