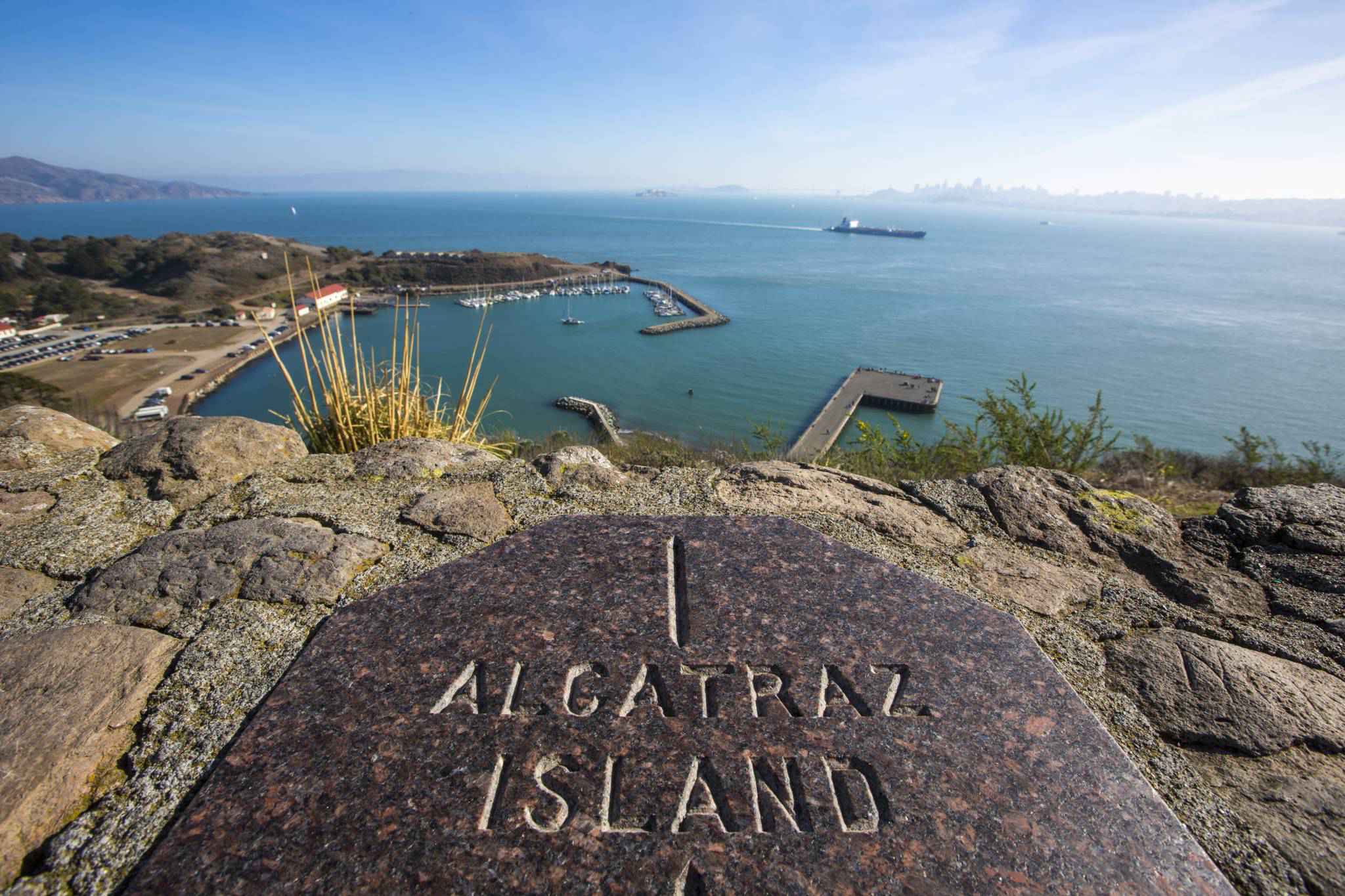 Alcatraz Island is located in the San Francisco Bay, 1.25 miles offshore from San Francisco, California, United States. The small island was developed with facilities for a lighthouse, a military fortification, a military prison (1868), and a federal prison from 1933 until 1963. Beginning in November 1969, the island was occupied for more than 19 months by a group of aboriginal people from San Francisco who were part of a wave of Native activism across the nation with public protests through the 1970s. In 1972, Alcatraz became a national recreation area and received designation as a National Historic Landmark in 1986.

Today, the island's facilities are managed by the National Park Service as part of the Golden Gate National Recreation Area; it is open to tours. Visitors can reach the island by ferry ride from Pier 33, near Fisherman's Wharf, San Francisco. Hornblower Cruises and Events, operating under the name Alcatraz Cruises, is the official ferry provider to and from the island.

It is home to the abandoned prison, the site of the oldest operating lighthouse on the West Coast of the United States, early military fortifications, and natural features such as rock pools and a seabird colony (mostly western gulls, cormorants, and egrets). According to a 1971 documentary on the history of Alcatraz, the island measures 1,675 feet (511 m) by 590 feet (180 m) and is 135 feet (41 m) at highest point during mean tide. However, the total area of the island is reported to be 22 acres (8.9 ha).
Landmarks on the island include the Main Cellhouse, Dining Hall, Library, Lighthouse, the ruins of the Warden's House and Officers' Club, Parade Grounds, Building 64, Water Tower, New Industries Building, Model Industries Building, and the Recreation Yard.

Alcatraz Federal Penitentiary
The United States Disciplinary Barracks on Alcatraz was acquired by the United States Department of Justice on October 12, 1933, and the island became a federal prison in August 1934. Alcatraz was designed to hold prisoners who continuously caused trouble at other federal prisons. At 9:40 am in the morning of August 11, 1934, the first batch of 137 prisoners arrived at Alcatraz, arriving by railroad from the United States Penitentiary in Leavenworth, Kansas at Santa Venetia, California, before being escorted to Alcatraz, handcuffed in high security coaches and guarded by some 60 special FBI agents,

During the 29 years it was in use, the jail held some of the most notorious criminals in American history, such as Al Capone, Robert Franklin Stroud (the "Birdman of Alcatraz"), George "Machine Gun" Kelly, Bumpy Johnson, Rafael Cancel Miranda (a member of the Puerto Rican Nationalist Party who attacked the United States Capitol building in 1954),Mickey Cohen, Arthur R. "Doc" Barker, James "Whitey" Bulger, and Alvin "Creepy" Karpis (who served more time at Alcatraz than any other inmate). It also provided housing for the Bureau of Prisons staff and their families. 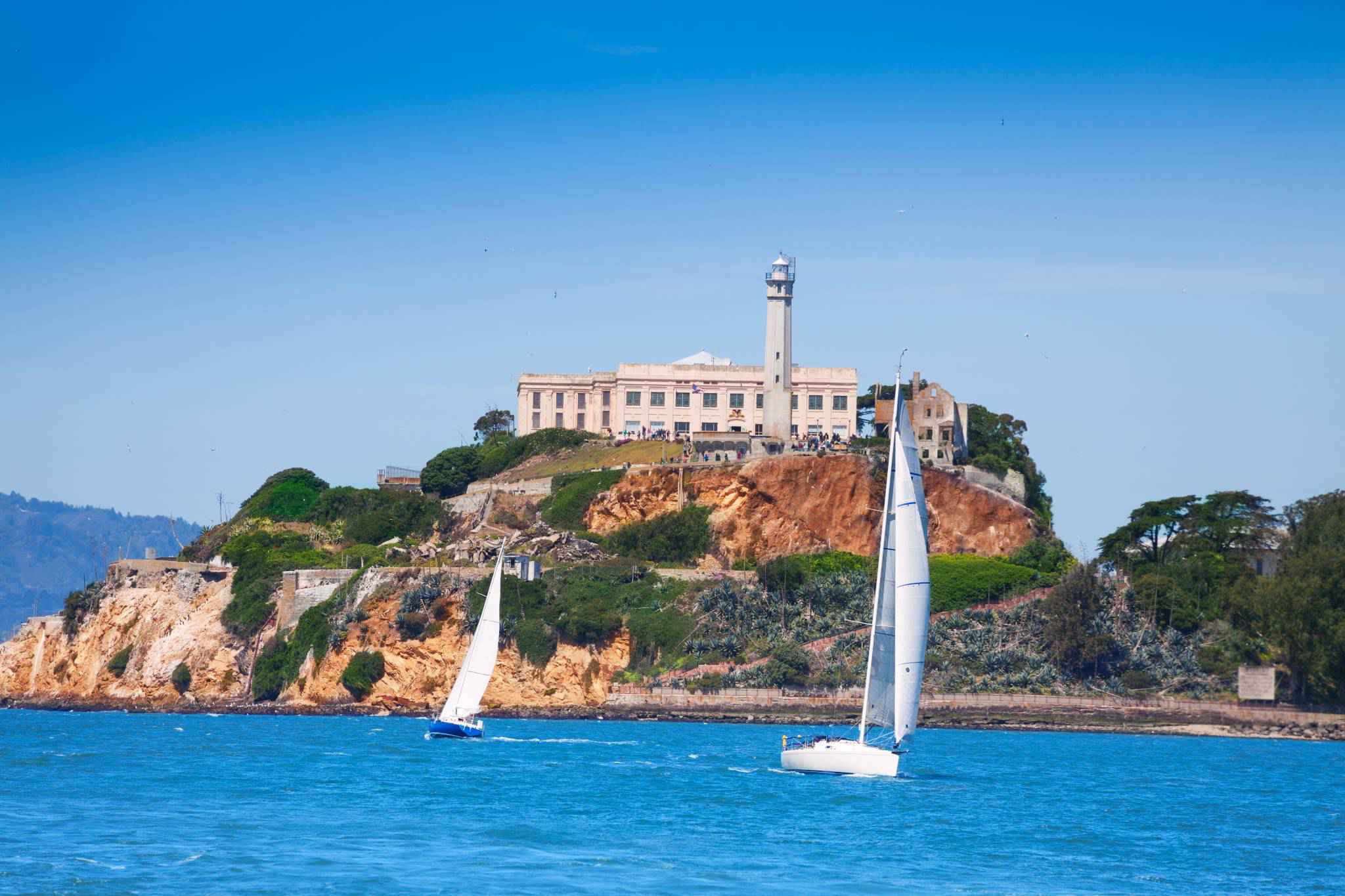