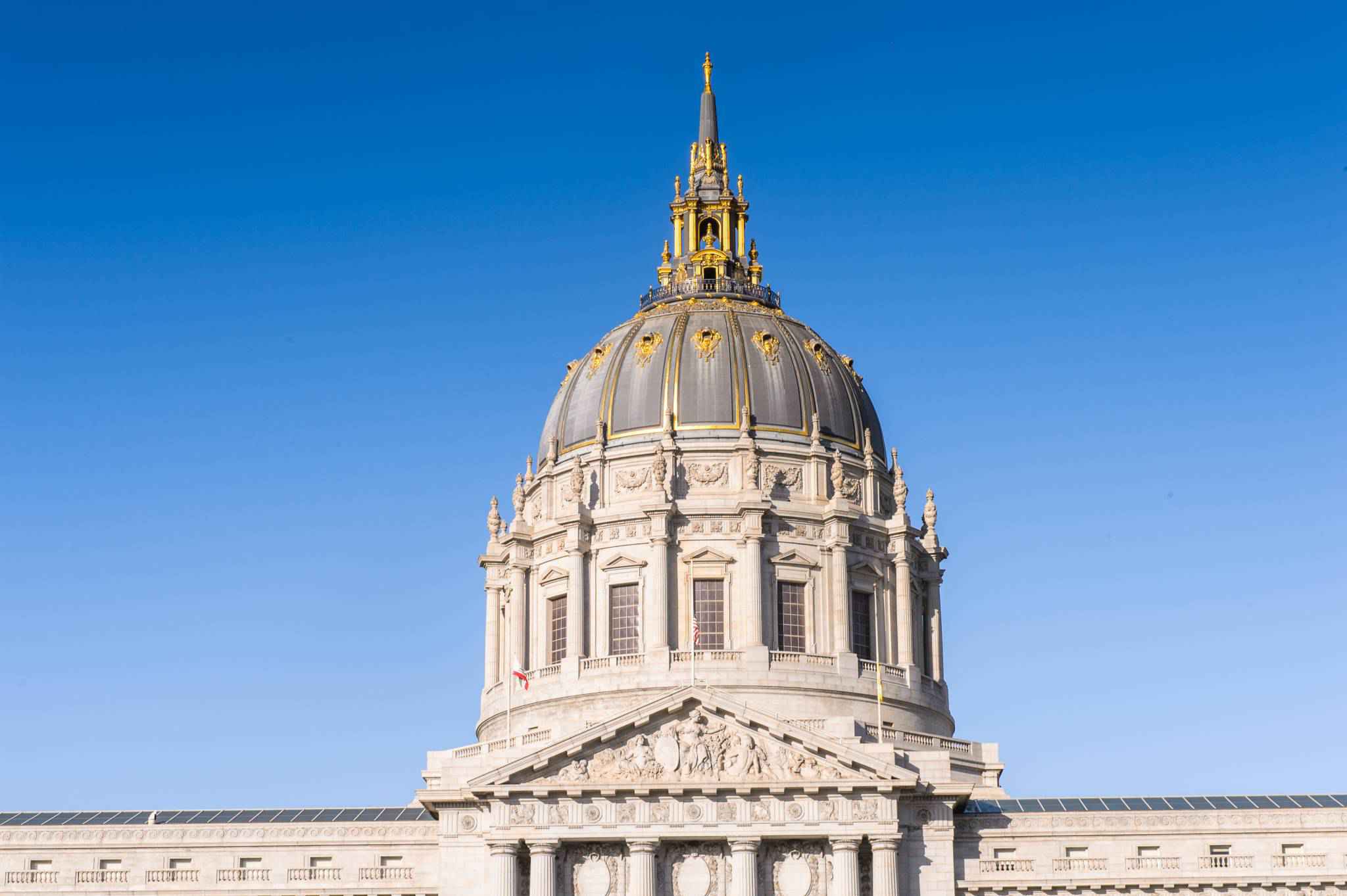 San Francisco City Hall is the seat of government for the City and County of San Francisco, California. Re-opened in 1915 in its open space area in the city's Civic Center, it is a Beaux-Arts monument to the City Beautiful movement that epitomized the high-minded American Renaissance of the 1880s to 1917. The structure's dome is taller than that of the United States Capitol by 42 feet. The present building replaced an earlier City Hall that was destroyed during the 1906 earthquake, which was two blocks from the present one. It was bounded by Larkin Street, McAllister Street, and City Hall Avenue , largely where the current Public Library and U.N. Plaza stand today.

The principal architect was Arthur Brown, Jr., of Bakewell & Brown, whose attention to the finishing details extended to the doorknobs and the typeface to be used in signage. Brown's blueprints of the building are preserved at the Bancroft Library at the University of California, Berkeley. Brown also designed the San Francisco War Memorial Opera House, Veterans Building, Temple Emanuel, Coit Tower and the Federal office building at 50 United Nations Plaza.

The building as a whole contains 7,900 tons (7,035 metric tons) of structural steel from the American Bridge Company of Ambridge, Pennsylvania near Pittsburgh. It is faced with Madera County granite on the exterior, and Indiana sandstone within, together with finish marbles from Alabama, Colorado, Vermont, and Italy. Much of the statuary is by Henri Crenier.

The Rotunda is a spectacular space and the upper levels are public and handicapped accessible. Opposite the grand staircase, on the second floor, is the office of the Mayor. Bronze busts of former Mayor George Moscone and his successor, Dianne Feinstein, stand nearby as tacit reminders of the Moscone assassination, which took place just a few yards from that spot in the smaller rotunda of the mayor's office entrance. A bust of former county supervisor Harvey Milk, who was assassinated in the building was unveiled on May 22, 2008. While hard to discern these days, the inscription that dominates the grand Rotunda and the entrance to the mayor's small rotunda, right below Father Time, reads:
SAN • FRANCISCO
O • GLORIOVS • CITY • OF • OVR
HEARTS • THAT • HAST • BEEN
TRIED • AND • NOT • FOVND
WANTING • GO • THOV • WITH
LIKE • SPIRIT • TO • MAKE
THE • FVTVRE • THINE
1912 JAMES ROLPH JR. MAYOR 1931
The words were written by the previous Mayor Edward Robeson Taylor, and dedicated by Mayor James Rolph.

While plaques at the Mall entrance memorialize President George Washington's farewell address and President Abraham Lincoln's Gettysburg Address, the primary themes of the statuary are to the past mayors, with the dates of their terms in office. The medallions in the vaults of the Rotunda are of Equality, Liberty, Strength, Learning and, as memorialized in the South Light Court display, Progress. 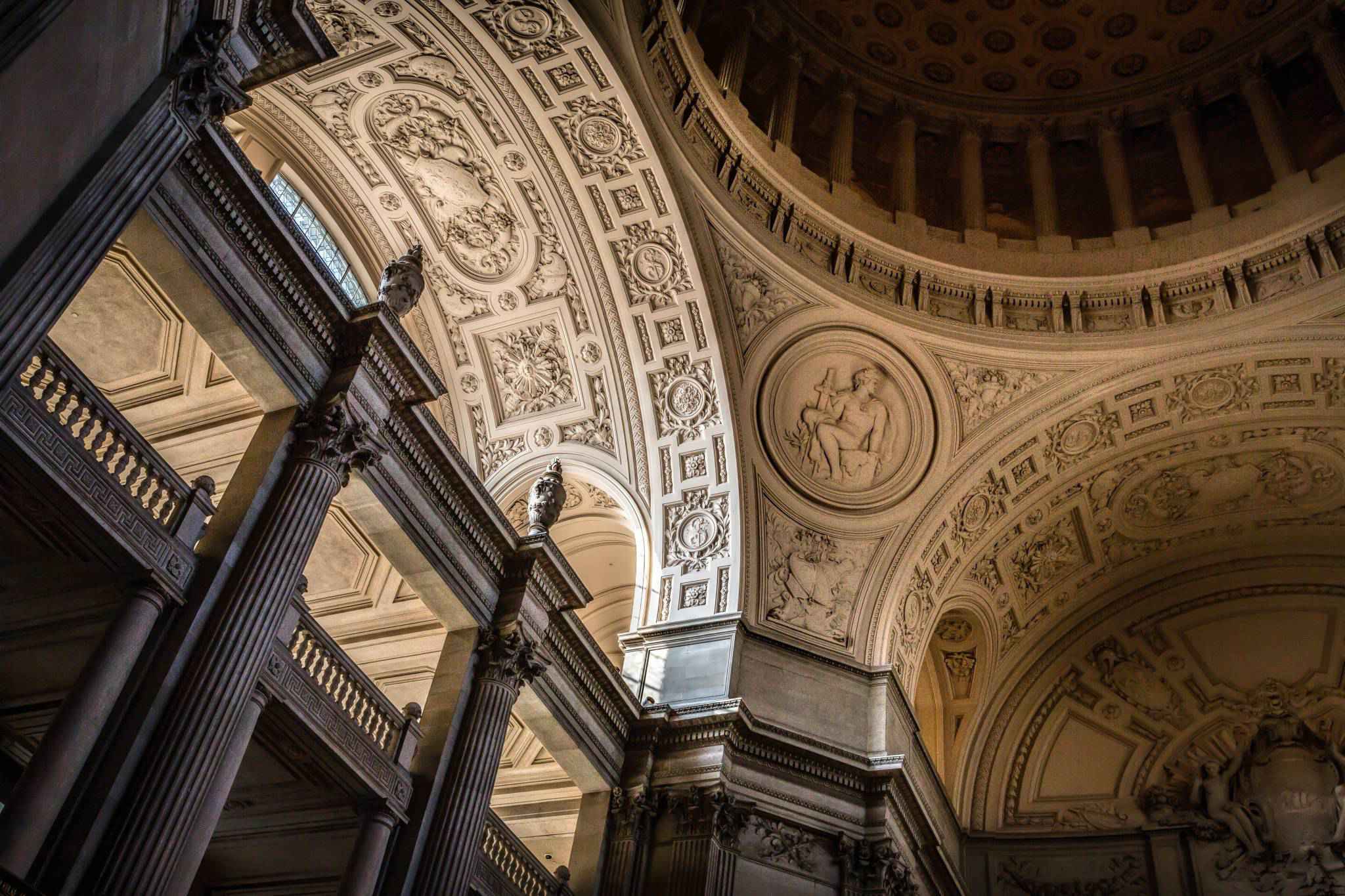