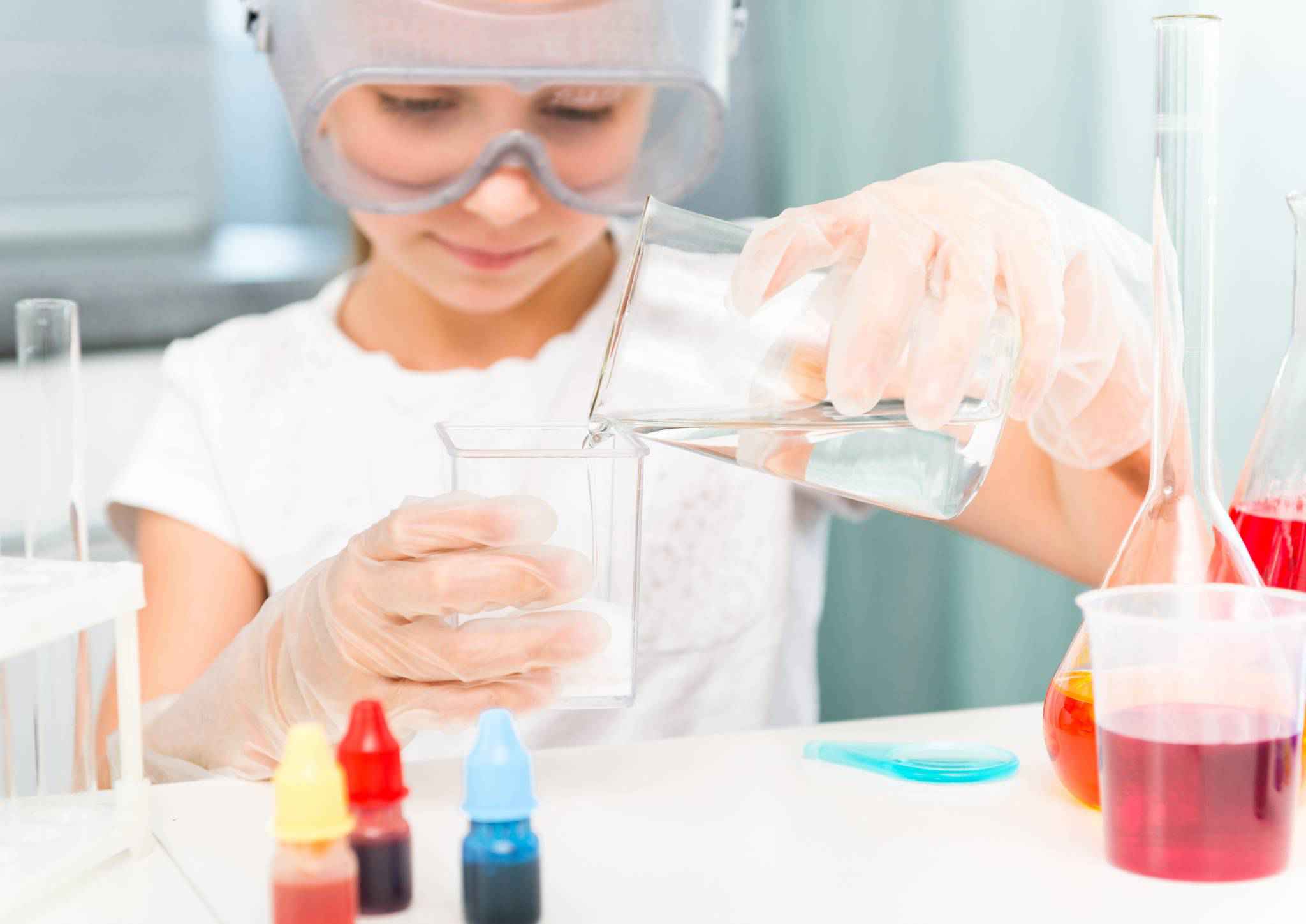 The Exploratorium is a public learning laboratory in San Francisco exploring the world through science, art, and human perception. Its mission is to create inquiry-based experiences that transform learning worldwide. It has been described by the New York Times as the most important science museum to have opened since the mid-20th century, an achievement attributed to "the nature of its exhibits, its wide-ranging influence and its sophisticated teacher training program". Characterized as "a mad scientist's penny arcade, a scientific funhouse, and an experimental laboratory all rolled into one", the participatory nature of its exhibits and its self-identification as a center for informal learning has led to it being cited as the prototype for participatory museums around the world.

The Exploratorium was founded by physicist and educator Frank Oppenheimer and opened in 1969 at the Palace of Fine Arts, its home until January 2, 2013. On April 17, 2013, the Exploratorium reopened at Piers 15 and 17 on San Francisco's Embarcadero. The historic interior and exterior of Pier 15 was renovated extensively prior to the move, and is divided into several galleries mainly separated by content, including the physics of seeing and listening , Human Behavior, Living Systems, Tinkering (including electricity and magnetism), the Outdoor Gallery, and the Bay Observatory Gallery, which focuses on local environment, weather, and landscape.

Since the museum's founding, over 1,000 participatory exhibits have been created, approximately 600 of which are on the floor at any given time. The exhibit-building workshop space is contained within the museum and is open to view. In addition to the public exhibition space, the Exploratorium has been engaged in the professional development of teachers, science education reform, and the promotion of museums as informal education centers since its founding. Since Oppenheimer's death in 1985, the Exploratorium has expanded into other domains, including its 50,000-page website and two iPad apps on sound and color. It has also inspired an international network of participatory museums working to engage the public with general science education. The new Exploratorium building is also working to showcase environmental sustainability efforts as part of its goal to become the largest net-zero museum in the country.
The Exploratorium offers visitors a variety of ways—including exhibits, webcasts, websites and events—to explore and understand the world around them. In 2011, the Exploratorium received the National Science Board 2011 Public Service Science Award for its contributions to public understanding of science and engineering.

Layout
The new site contains over 600 exhibits, 25% of which were developed specifically for the Pier 15 site. With the exception of some art installations, all exhibits are developed and made onsite. The indoor and outdoor spaces are divided into six galleries, each highlighting a specific content group. Many exhibits are mobile, however, and move among different galleries; similarly, not all exhibits fall into distinct categories.

Exhibits cover a range of subject areas, including human perception (such as vision, hearing, learning and cognition), the life sciences, physical phenomena (such as light, motion, electricity, waves and resonance, and magnetism), local environment (water, wind, fog, rain, sun, and other elements, as well as cityscape, landscape, and the flora and fauna of the Bay) and human behavior (such as cooperation, competition, and sharing).

Public space
The Exploratorium campus includes 1.5 acres (0.61 ha) of publicly accessible open space. This includes the plaza facing on the Embarcadero, the connector bridge between Piers 15 and 17 where Fog Bridge # 72494 is installed, the south apron of Pier 17, and the east and south aprons of Pier 15. This public space overlaps with the Outdoor Gallery, and includes some notable exhibits, such as the Aeolian Harp (an expanded version of the original installation by Doug Hollis on the roof of the Exploratorium at the Palace of Fine Arts, first created in collaboration with Frank Oppenheimer in 1976) and the Bay Windows (visitors spin disks filled with samples of Bay mud, sand, and gravel gathered from five distinct regions of the Bay itself).

Hours and access
The Exploratorium is open Tuesday through Sunday from 10am-5pm, with adults-only evening hours from 6pm-10pm on Thursdays (for visitors age 18+). The entire museum is wheelchair-accessible.

The Exploratorium is located on the Embarcadero at Green Street, between Fisherman’s Wharf and the Ferry Building. The museum is accessible by multiple modes of public transit, including BART, Muni streetcar, bus, taxi, and pedicab. It is located 0.6 miles (0.97 km) from the Embarcadero BART and MUNI stations, and has its own stop on the F streetcar line. The Exploratorium does not own or operate any parking lots, but is located near several publicly accessible lots and on-street parking, including a lot directly across the street, operated by the Port of San Francisco. 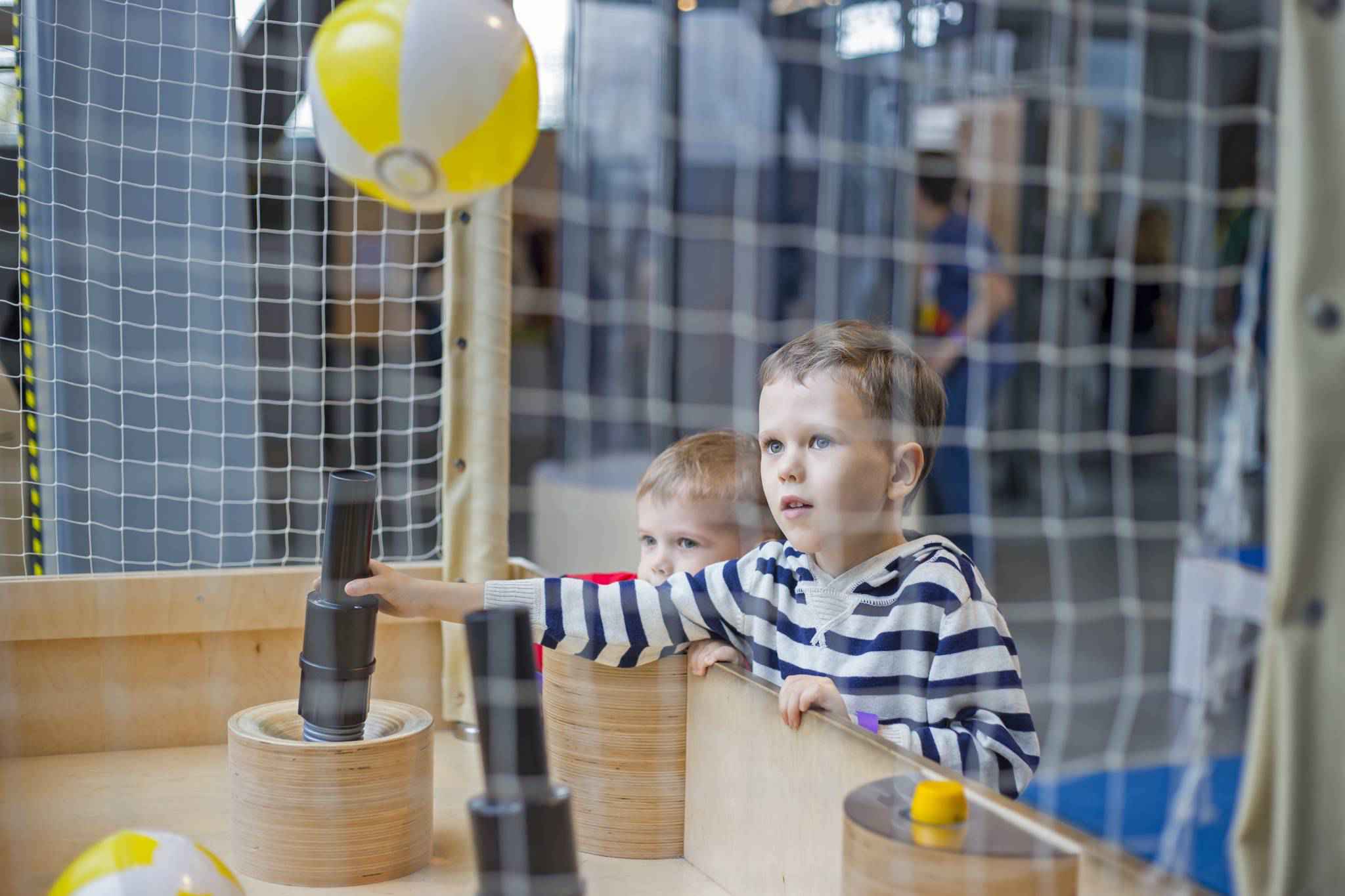