The Panhandle is a park in San Francisco, California, that forms a panhandle with Golden Gate Park. It is long and narrow, being three-quarters of a mile long and one block wide. Fell Street borders it to the north, Oak Street to the south, and Baker Street to the east. Only two streets run through it - Stanyan Street at the western end between it and Golden Gate Park and Masonic Avenue through the middle. Two paved walking paths run through it from Golden Gate Park to Baker Street, one allowing bicycles. There are basketball courts,[1] a public restroom, and a playground in the section between Stanyan Street and Masonic Avenue.

The William McKinley Monument is at the foot of the park, facing the DMV across Baker Street. It was dedicated in 1904 by President Theodore Roosevelt, who succeeded McKinley after his assassination in 1901.[citation needed]

History
An 1853 map of San Francisco labels the area that the Panhandle and Golden Gate Park presently occupy the "Great Sand Bank". In 1870, the Panhandle's footprint occupied large, shifting sand-dunes with little vegetation in between it and the Pacific Ocean known as the "Outside Lands". The large hills of sand, semi-arid conditions, and powerful winds generated by the Golden Gate effect conspired to make agriculture and gardening nearly impossible—except for in a few small valleys protected from the constant winds.

William Hammond Hall's long-term plan to create a vast recreational park in San Francisco was first implemented in The Panhandle in 1870, which became part of Hall's experimental laboratory for finding suitable vegetation for reclaiming the dunes. After much trial and error, Hall found that by first planting barley - followed months later by sea bent grass mixed with yellow lupin - the sand dunes could be stabilized enough to dump manure and top-soil without risk of wind-erosion. On top of this layer, Monterey Pines, Monterey Cypresses and Eucalyptus—all known for quick growth and shallow root structures—could take root.

After Hall tamed the dunes, the Panhandle was ready to accept planting of hundreds of tree varietals, representing regions from all over the world, including such species as Bailey's Acacia, Japanese Yew, Black Walnut, Blackwood Acacia, Queensland Kauri, and Italian Alder. The land in and around the Panhandle has been so completely transformed by 100+ years of irrigation and development that the sandy, unstable ground beneath is no longer apparent.

In 1899, a proposal was considered for an extension of the Panhandle park all the way towards Van Ness Avenue and Market Street.

In the 1950s, a freeway was proposed that would have run through the Panhandle, taking the place of a road running through the park known as The Avenue Drive, but due to a citizen freeway revolt it was canceled; the San Francisco Board of Supervisors voted in 1959 and again in 1966 against building the Panhandle freeway. Instead, the road through the Panhandle was removed entirely and the streets on either side of it were turned into wide, one-way streets, with traffic lights timed to allow cars to move continuously at 20 (formerly 25) miles per hour. Similar pairs of rapid through-streets exist throughout San Francisco.

The popular bike/walking path on the north side leads into the Fell and Oak Street Bikeways, which connect the Panhandle to the Wiggle (and eventually to Market Street), with physical barriers separating the bike traffic from the fast-moving car traffic. The Bikeways were built by removing six blocks of parking from the south side of both streets, an almost impossible political feat in car-clogged San Francisco. 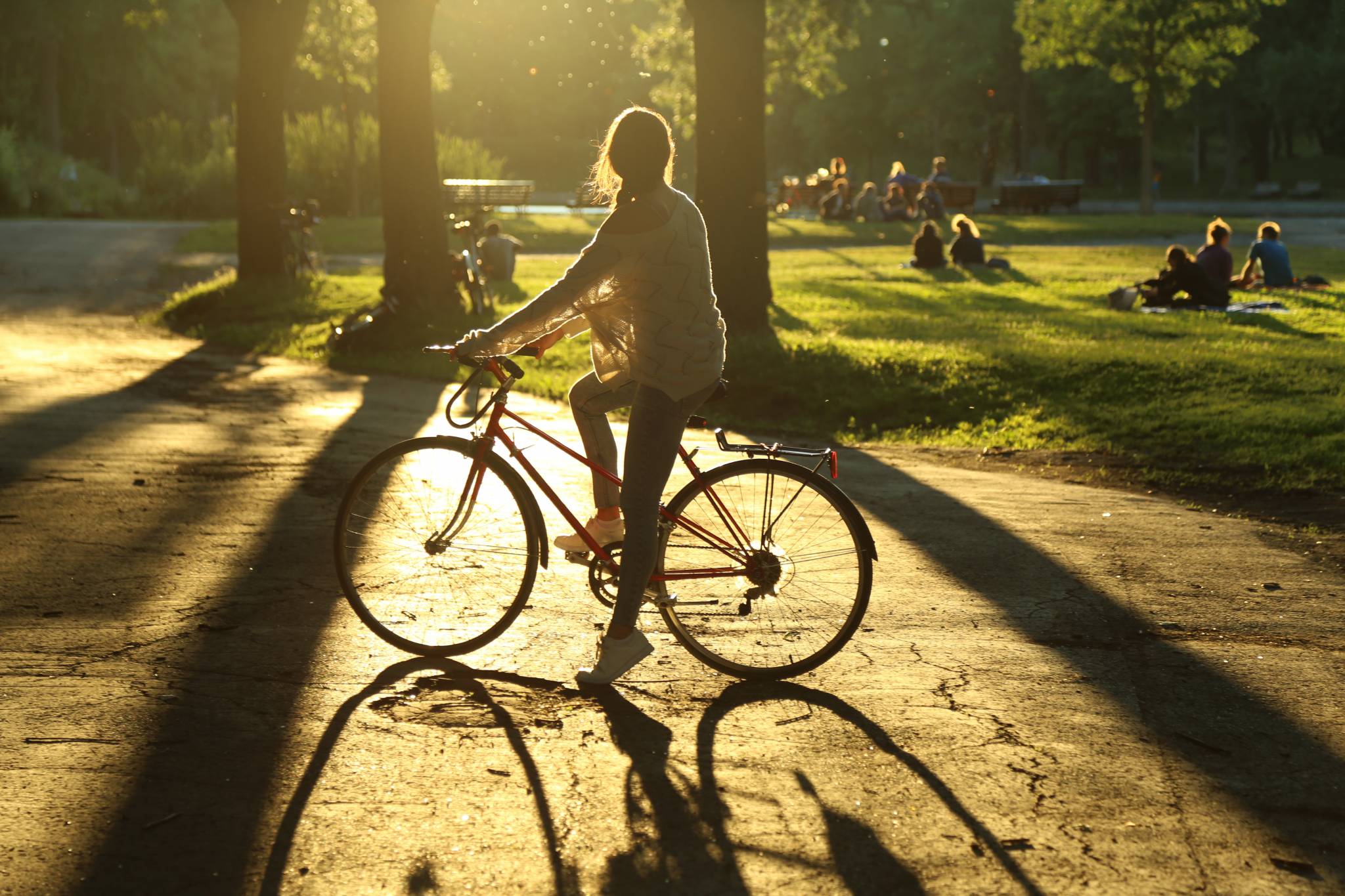