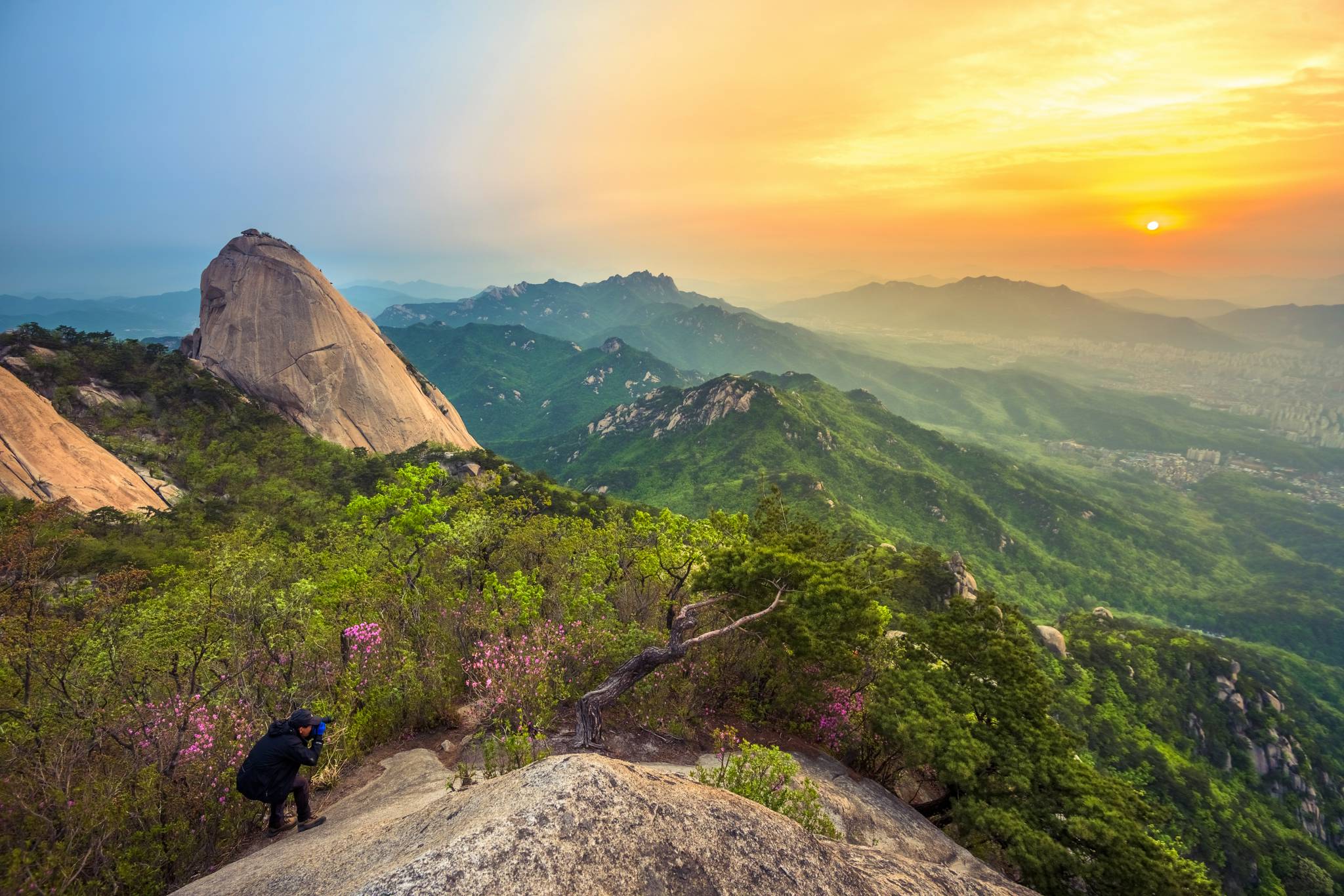 The Bukhansan National Park in Seoul and Gyeonggi covers an area of 79.92 km2 (30.86 sq mi) and was established on 2 April 1983. Bukhansan means "mountains north of the Han River."

The Bukhansanseong Fortress is located in the park, together with its 9.5 km (5.9 mi) long defensive wall. A fortress was first built on this site in 132 AD to protect Seoul from foreign invasions, and it was expanded to its current size in 1711. It was reconstructed after damage sustained in the Korean War. Despite its name, this mountain is in Seoul, South Korea, so this mountain should not be confused with North Korea (also referred to as 북한, bukhan).

There are many trails and the most known routes include Baegundae, which is Bukhansan's highest peak at 837 meters, the fortress wall, and the Insu-bong which rises up to 810.5 meters. The 70 kilometer Dulle-gil Trail connects forested paths along foothills and villages, 21 sections out of total. 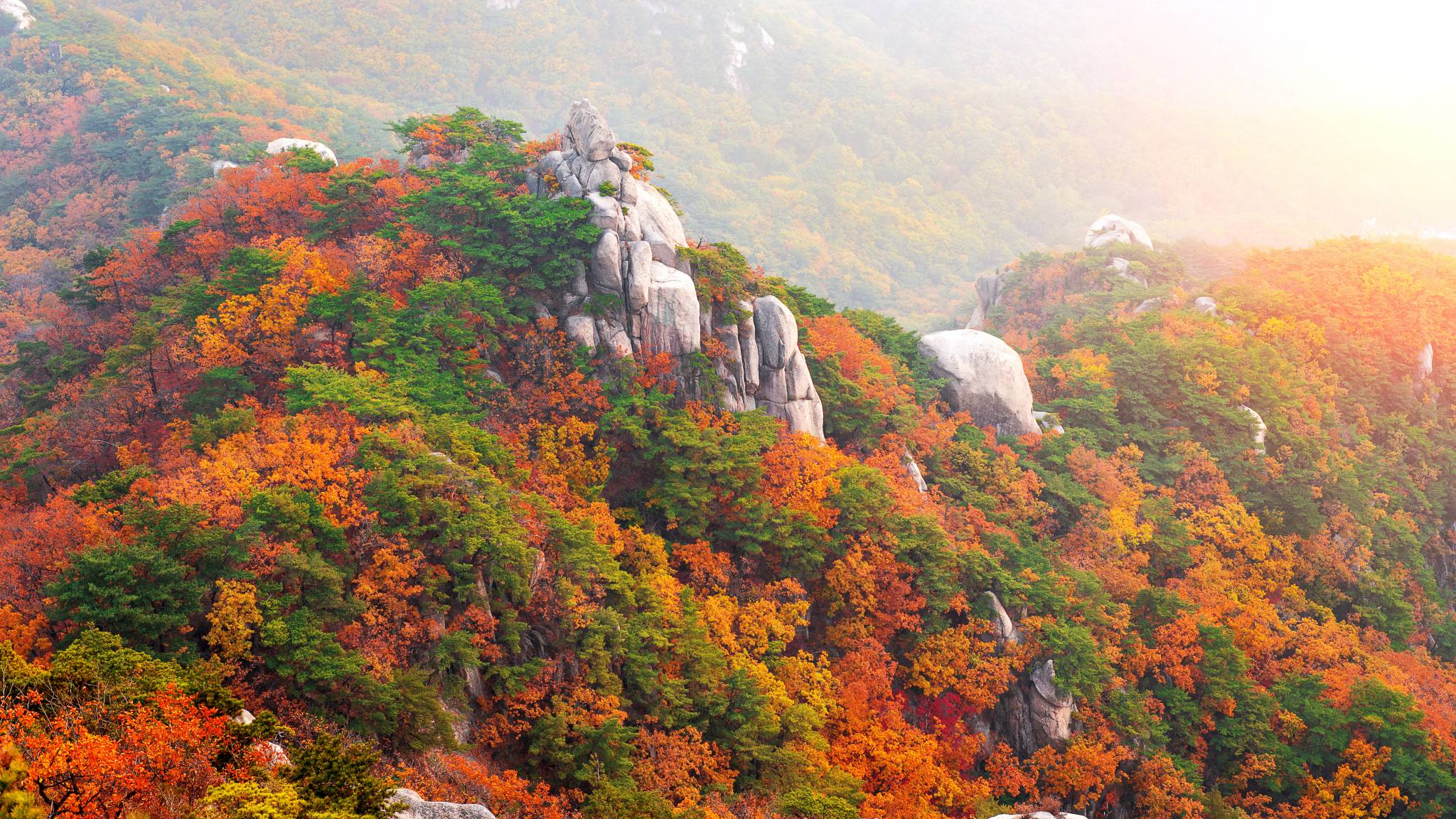