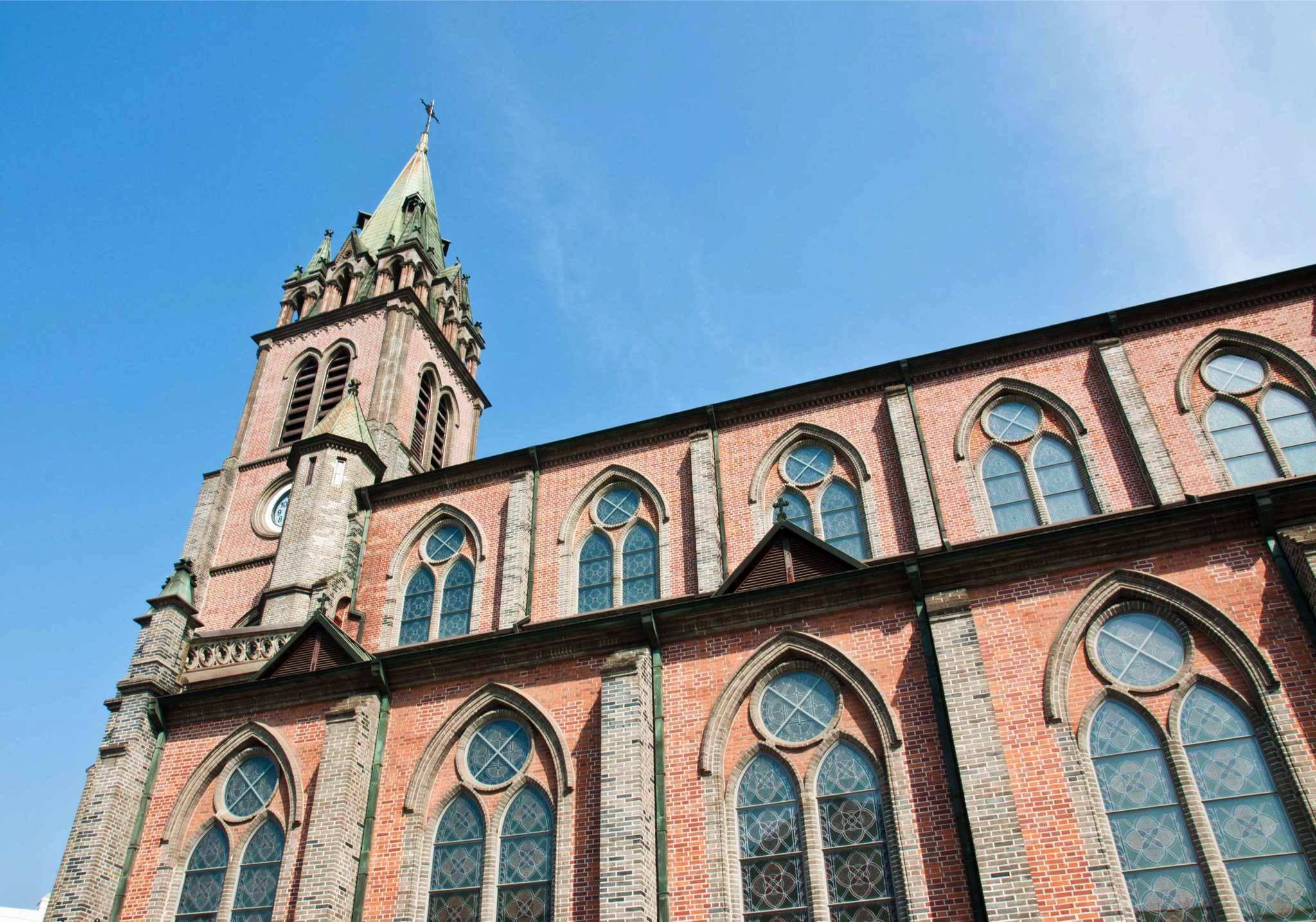 
The Cathedral Church of the Virgin Mary of the Immaculate Conception in Myeongdong, commonly known as Myeongdong Cathedral, is the cathedral of the Roman Catholic Archbishop of Seoul, South Korea, located in the Myeongdong neighborhood of Jung-gu, Seoul. It is a neighborhood landmark and a symbol of Christianity in Korea and of political dissidents.

The cathedral is one of the earliest examples of Gothic Revival architecture in Korea, although lacking exterior ornamentation. It was constructed of twenty types of locally fired red and gray bricks. The main building rises to 23m high while the steeple, which contains a clock, rises to 45m. It was designated National Historic Site #258 on November 22, 1977.

Christianity was heavily persecuted in Joseon era Korea. Still, interest in it grew as an academic novelty, notably among members of the Silhak (실학; "practical learning") school, attracted to what they saw as its egalitarian values. Catholicism gained ground as a belief in the 19th century through the work of French missionaries, the persecutions of whom led to an 1866 invasion by France.

After Joseon concluded of a commercial treaty with United States in 1882, Bishop Jean M. Blanc, Bishop of Korea, purchased land in what was then the Jonghyeon (Chong-Hyen) district under the name of Kim Gamilo, and built an educational center there. Plans to build a church were placed under the supervision of French Catholic priest Eugene Coste at the conclusion of a commercial treaty between Korea and France in 1887.

Emperor Gojong held the ceremony of laying the first stone on August 5, 1892, and construction funds donated by Paris Mission Society. However, because of the First Sino-Japanese War, and the subsequent death of Fr. Coste, the inauguration of the cathedral was postponed until May 29, 1898, when it was finally dedicated and consecrated to the Immaculate Conception of the Blessed Virgin.

In 1900 the relics of the Korean Martyrs who died in the 1866 persecution were moved to its crypt from the seminary in Yongsan-gu.

The initial name of Jonghyeon Cathedral (종현성당, 鐘峴聖堂) was changed to commemorate the 1945 liberation from Imperial Japan and changed to the present Myeongdong Cathedral.

Roman Catholic clergy were among the leading critics of South Korea's military rule in the 1970s and 1980s, and Myeongdong Cathedral became a center of Minjung political and labor protest as well as a sanctuary for the protesters; indeed, it was nicknamed the "Mecca" of pro-democracy activists. Catholic and future President Kim Dae-jung held a rally at the cathedral in 1976 to demand the resignation of President Park Chung Hee, and some 600 student-led protesters staged a hunger strike inside in 1987 after the torture and death of university student Park Jong-chol.

Even in the years since democratization, the government has been reluctant to enter the cathedral to arrest protesters, making Myeongdong too popular a protest spot in the views of some priests and worshippers. 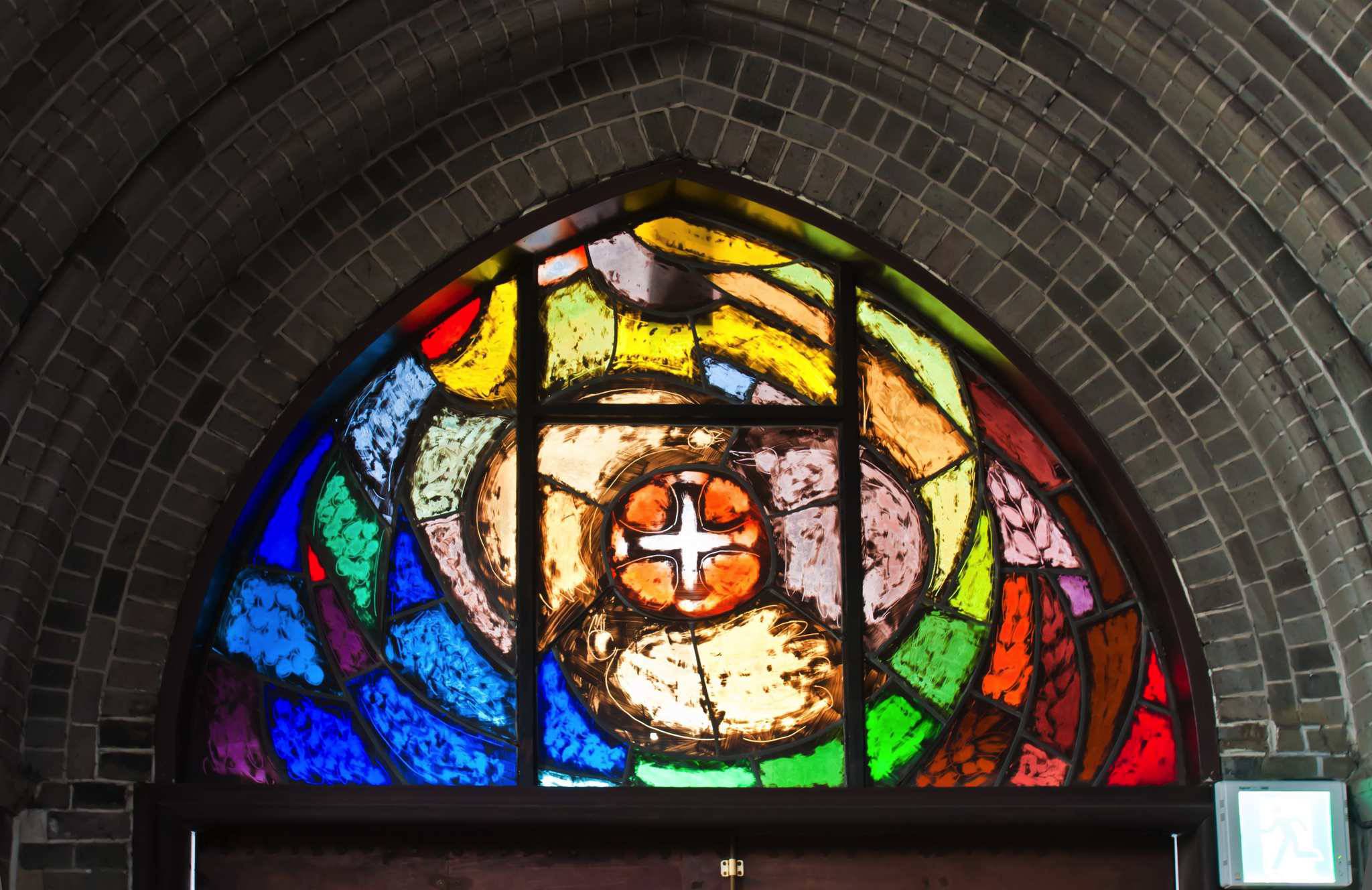