The Bukit Timah Nature Reserve is a small 1.64 square kilometre nature reserve near the geographic centre of the city-state of Singapore, located on the slopes of Bukit Timah Hill, Singapore's highest hill standing at a height of 163.63 metres, and parts of the surrounding area. The nature reserve is about 12 kilometres from the Downtown Core, Singapore's central business district.

Despite its small size, it is considered one of the most productive pieces of nature. Alfred Russel Wallace also thought highly of the place. Together with the neighbouring Central Catchment Nature Reserve, it houses over 840 species of flowering plants and over 500 species of fauna. Today, it is one of the largest patches of primary rainforest left in Singapore. The forest reserve was formally declared as an ASEAN Heritage Park on 18 October 2011.

Recreation
The primary activities at Bukit Timah are strolling, running and hiking. There are also smaller groups of people who rock-climb and abseil at the Dairy Farm quarry as well as mountain biking. There are specially-allocated mountain-bike trails around the area and Bukit Timah Mountain Bike (MTB) Trail is located within the Reserve. The 6.5 KM MTB trail loop around Bukit Timah Hill and stretched between Hinhinde Park and Dairy Farm Road. The trail represent a tropical rocky terrain with extended technical climbs and difficult descent at short intervals. For MTB Map trail rating, it is largely made up of black diamond sections with intermittent blue square sections. There are also short alternative double black diamond sections.

Wildlife
Naturalists also treasure Bukit Timah for its variety of plants and animals. Some of the common plants there are the rattan, figs, and macaranga. Two meninjau trees (Gnetum gnemon) stand near the visitor center. 18 different species of dipterocarps live in the reserve, including the seraya (Shorea curtisii) and Dipterocarpus caudatus.Fan palms (Licuala ferruginea), leaf litter plants (Agrostistachys longifolia) thorny rattan and ferns are also common. Fern species include staghorn fern (Platycerium coronarium) and bird's nest fern (Asplenium nidus).Lichens and fungus, such as bracket fungus are also found.

The greater racket-tailed drongo is one of the most common birds at Bukit Timah (Dicrurus paradiseus). The drongos often follow monkeys through the forest and eat insects that are exposed by the monkeys' actions. Other bird species include the Asian fairy bluebird (Irena puella), the red-crowned barbet (Megalaima rafflesii) and the common emerald dove (Chalcophaps indica). Bukit Timah is one of only two places in Singapore where the red-crowned barbet is found, the other being the Central Catchment Nature Reserve. The reserve, along with the adjacent Central Catchment Nature Reserve, has been identified by BirdLife International as the Central Forest Important Bird Area (IBA) because it supports populations of vulnerable straw-headed bulbuls and brown-chested jungle flycatchers.

The crab-eating macaque (Macaca fascicularis), a species of monkey, is common in the reserve. The monkeys also enter the area surrounding the park and are common enough that there are concerns that interactions with people will alter their behaviour. Feeding the monkeys is prohibited, and visitors are urged to avoid staring at, baring teeth at or otherwise disturbing or threatening the monkeys. Monkeys are not the only mammals in the park. Other mammals include the Malayan pangolin (Manis javanica), Malayan colugo (Galeopterus variegatus), plantain squirrel (Callosciurus notatus) and slender squirrel (Sundasciurus tenuis). The colugos, which are generally nocturnal, can sometimes be seen clinging to trees during the day. Bukit Timah is the only place in Singapore where the red-cheeked flying squirrel (Hylopetes spadiceus) is found.
The banded leaf monkey (Presbytis femoralis) was once found in Bukit Timah but the last individual from the Bukit Timah population died in 1987. 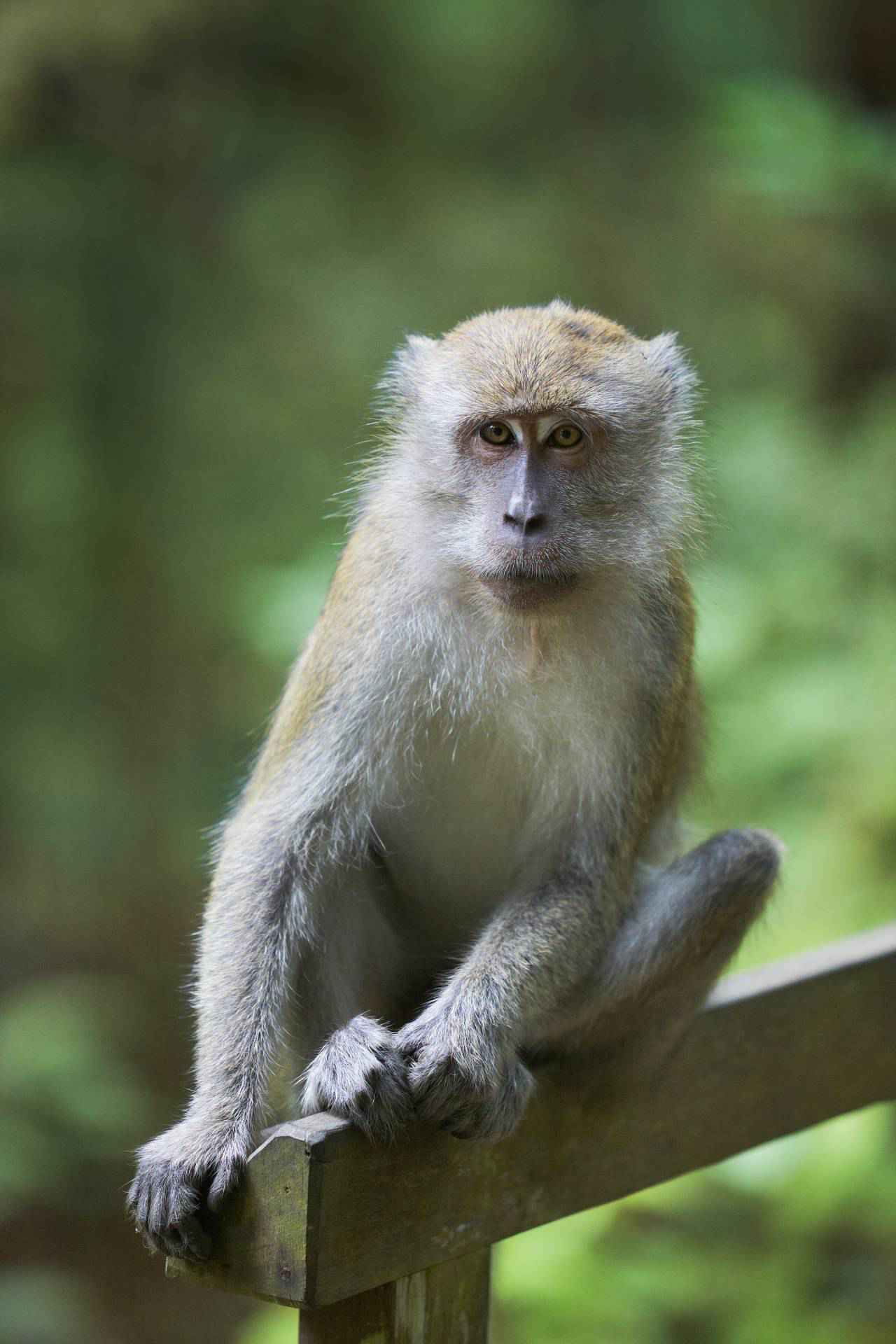