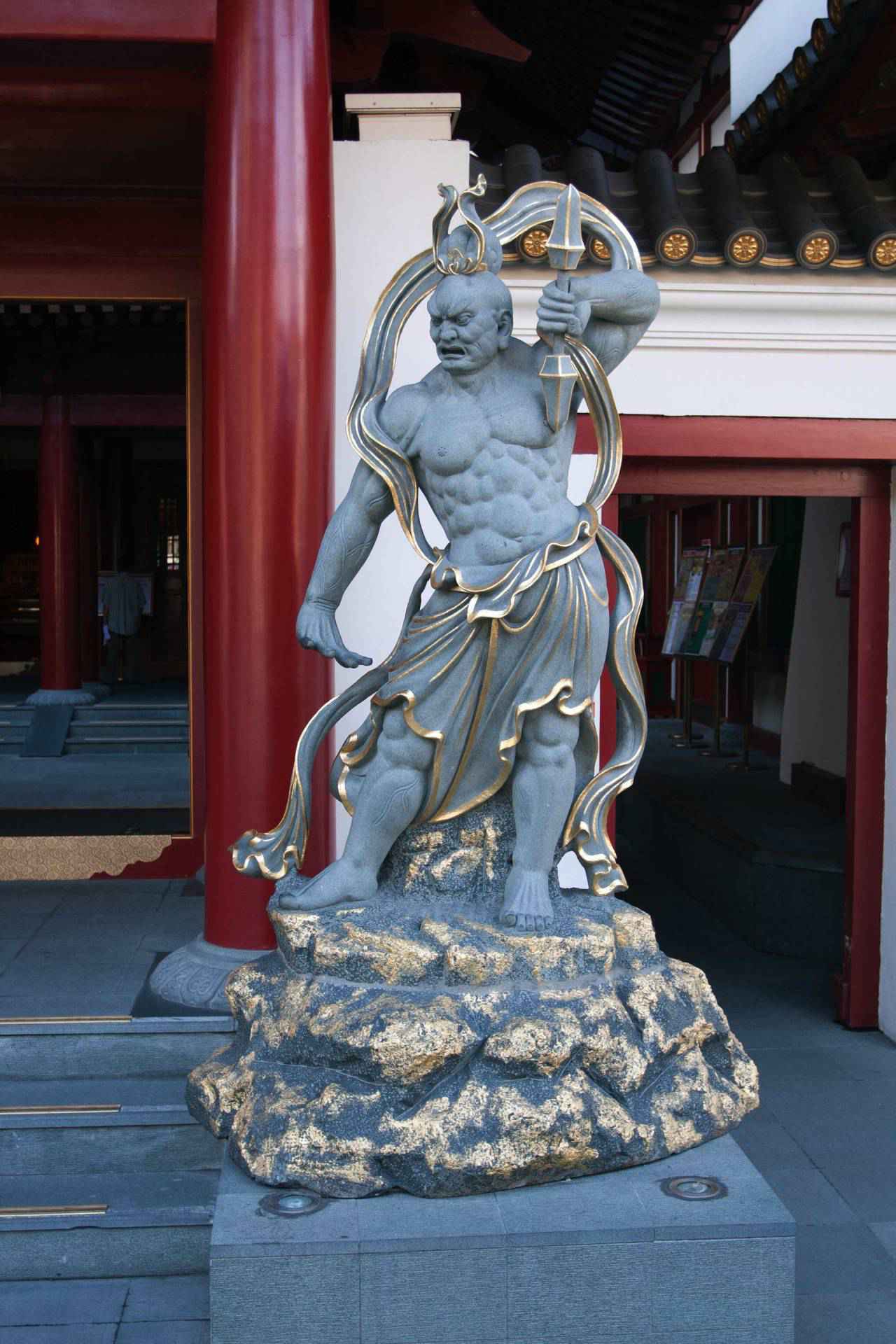 Once an enclave for Singapore’s Chinese immigrant population, the Chinatown of today is much-beloved for its blend of old and new, with historic temples and traditional medicinal halls sitting alongside hip new bars and lifestyle shops.

It is divided into four main districts, namely Kreta Ayer, Telok Ayer, Tanjong Pagar and Bukit Pasoh, but the centre of activities revolves around Smith and Pagoda Streets. Chinatown offers a lot more than just the restored shops and ethnic places of worship, such as the old Hokkien temple Thian Hock Keng, Sri Mariamman Hindu Temple and James Mosque, it’s a haven for hawker food lovers.

Culture lovers looking to immerse themselves in Buddhism’s rich art and history should pay a visit to the Buddha Tooth Relic Temple. The temple’s interior is architecturally designed in the form of a mandala, a central concept in Buddhist and Hindu spirituality that represents universal connection.

From the Buddha Tooth Relic Temple, take a short jaunt down South Bridge Road, and keep an eye out for Sri Mariamman Temple, the oldest Hindu temple in Singapore. Constructed by immigrants in 1827, this place of worship is dedicated to the goddess Mariamman, known for her power in curing epidemics, illnesses and disease.

Located just a stone’s throw away on Mosque Street is Jamae Mosque, built as a place of worship for Chinatown’s Tamil Muslim population. Colloquially referred to as Periya Palli (‘Big Mosque’ in Tamil), the mosque’s iconic architectural style makes it a must-see for urban explorers.