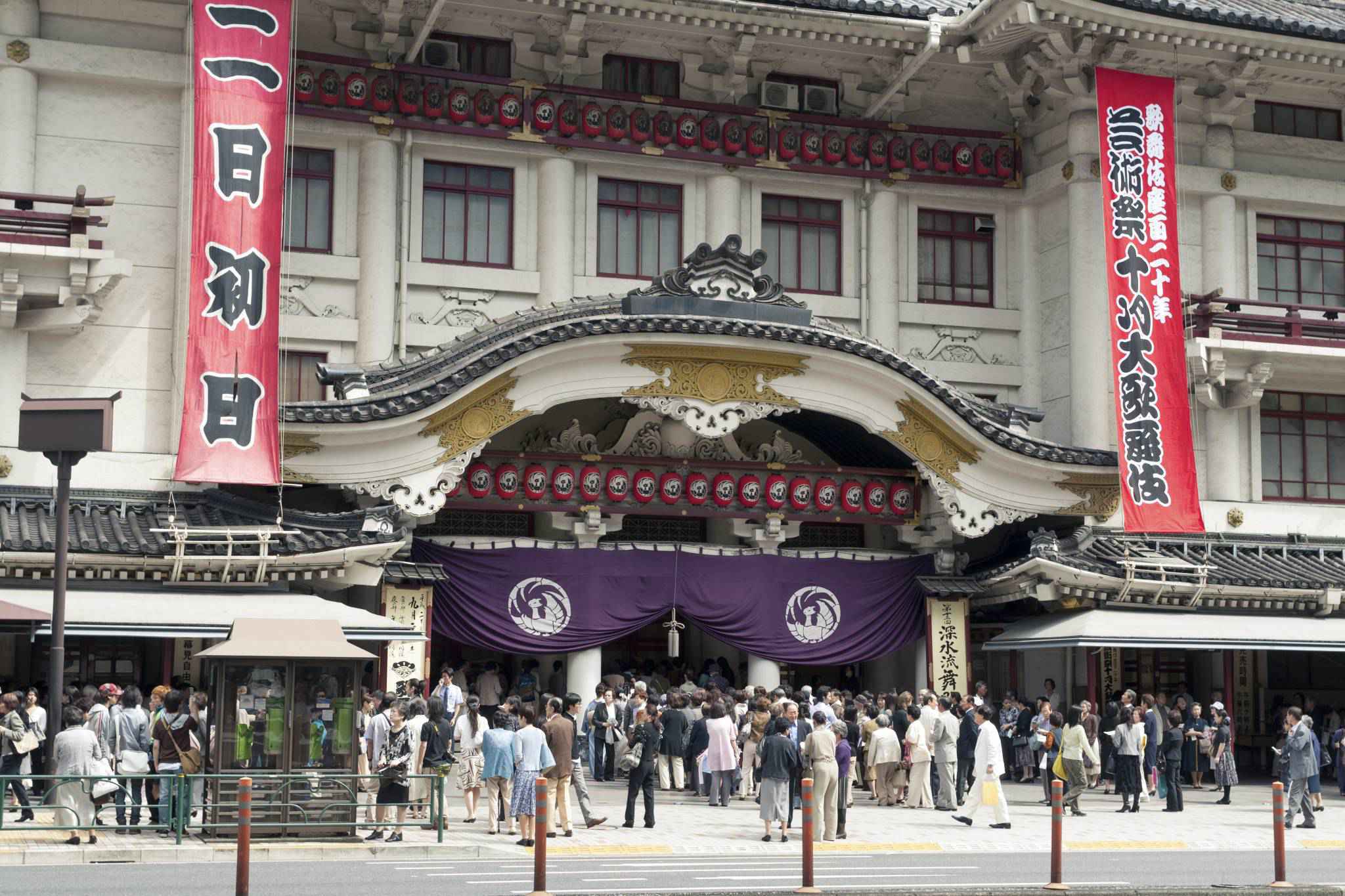 Kabuki-za (歌舞伎座) in Ginza is the principal theater in Tokyo for the traditional kabuki drama form.

Architecture
The style in 1924 was in a baroque Japanese revivalist style, meant to evoke the architectural details of Japanese castles, as well as temples of pre-Edo period. This style was kept after the post-war reconstruction and again after the 2013 reconstruction.
Inside, with the latest reconstruction the theatre was outfitted with four new front curtains called doncho. These are by renowned Japanese artists in the Nihonga style and reflect the different seasons.

Kabuki
Kabuki (歌舞伎) is a classical Japanese dance-drama. Kabuki theatre is known for the stylization of its drama and for the elaborate make-up worn by some of its performers.
The individual kanji, from left to right, mean sing (歌), dance (舞), and skill (伎). Kabuki is therefore sometimes translated as "the art of singing and dancing". These are, however, ateji characters which do not reflect actual etymology. The kanji of 'skill' generally refers to a performer in kabuki theatre. Since the word kabuki is believed to derive from the verb kabuku, meaning "to lean" or "to be out of the ordinary", kabuki can be interpreted as "avant-garde" or "bizarre" theatre. The expression kabukimono (歌舞伎者) referred originally to those who were bizarrely dressed and swaggered on a street.

Play structure
Kabuki, like other traditional forms of drama in Japan and other cultures, was (and sometimes still is) performed in full-day programs. Rather than attending for 2–5 hours, as one might do in a modern Western-style theater, audiences "escape" from the day-to-day world, devoting a full day to entertainment. Though some individual plays, particularly the historical jidaimono, might last an entire day, most were shorter and sequenced with other plays in order to produce a full-day program.

Nearly every full-length play occupies five acts. The first corresponds to jo, an auspicious and slow opening which introduces the audience to the characters and the plot. The next three acts correspond to ha, speeding events up, culminating almost always in a great moment of drama or tragedy in the third act and possibly a battle in the second and/or fourth acts. The final act, corresponding to kyu, is almost always short, providing a quick and satisfying conclusion. 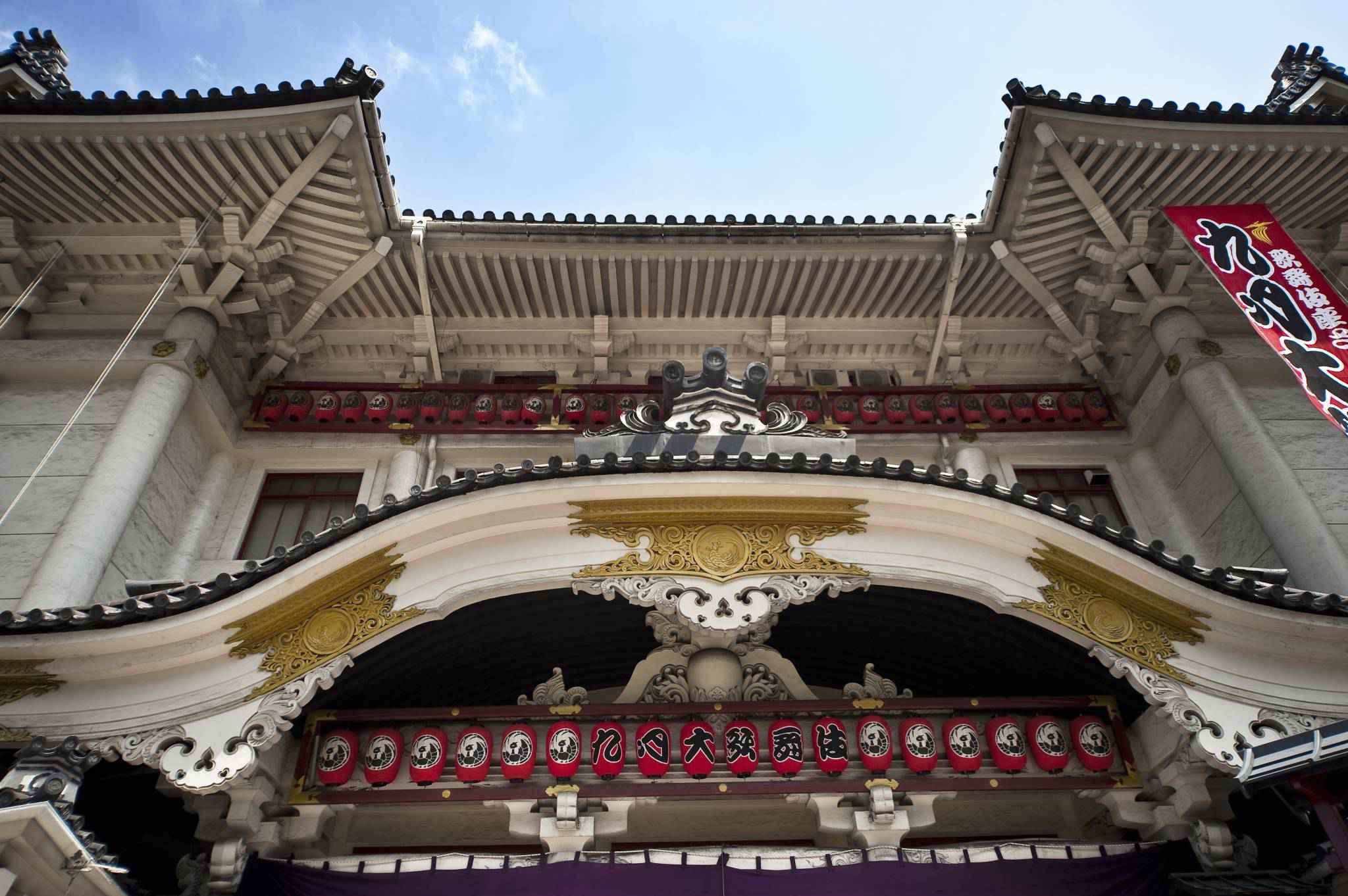