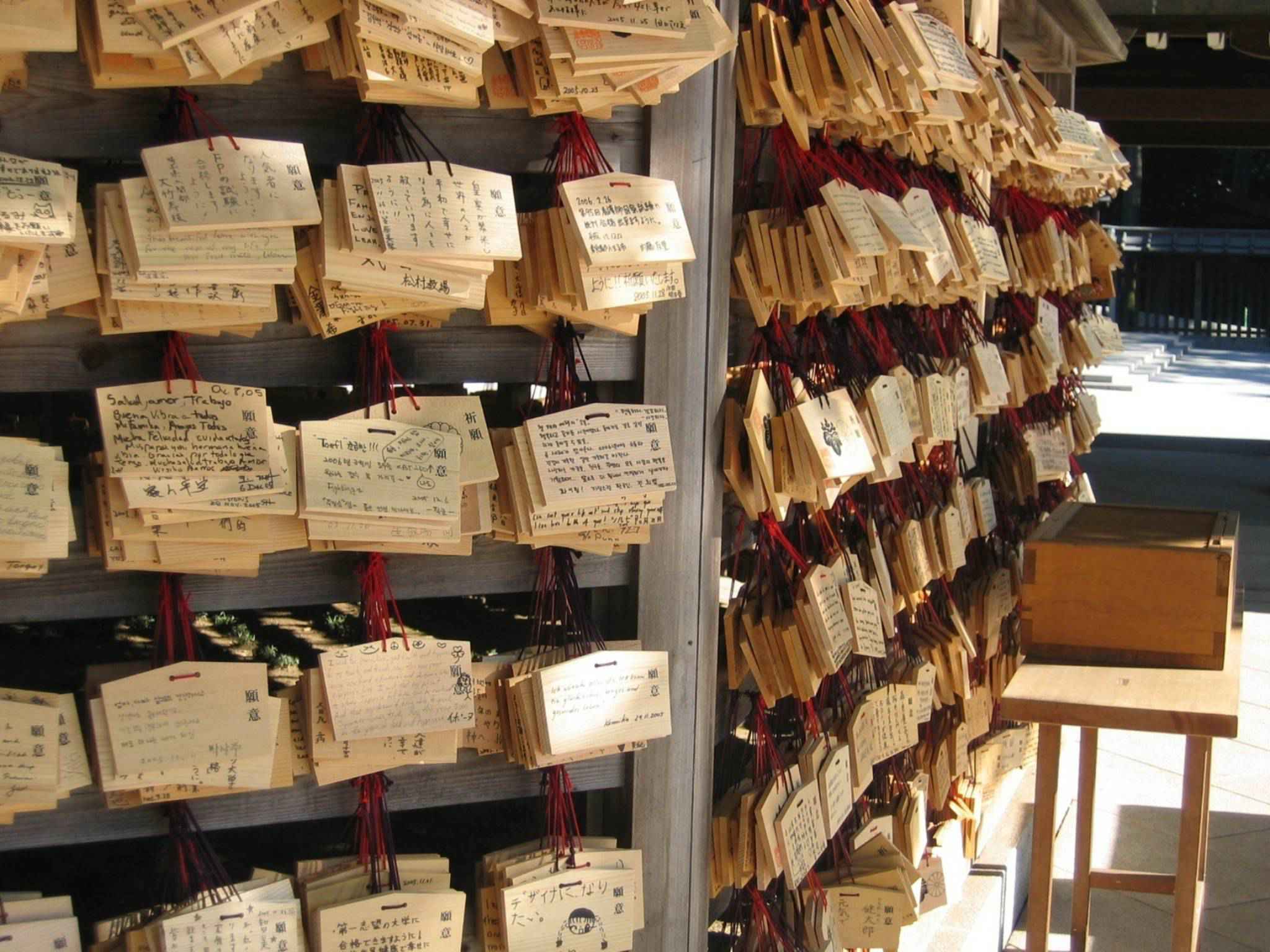 Meiji Shrine (明治神宮 Meiji Jingū), located in Shibuya, Tokyo, is the Shinto shrine that is dedicated to the deified spirits of Emperor Meiji and his wife, Empress Shōken. The shrine does not contain the emperor's grave, which is located at Fushimi-momoyama, south of Kyoto.

History
After the emperor's death in 1912, the Japanese Diet passed a resolution to commemorate his role in the Meiji Restoration. An iris garden in an area of Tokyo where Emperor Meiji and Empress Shōken had been known to visit was chosen as the building's location.

Construction began in 1915 under Itō Chūta, and the shrine was built in the traditional nagare-zukuri style, using primarily Japanese cypress and copper. The building of the shrine was a national project, mobilizing youth groups and other civic associations from throughout Japan, who contributed labor and funding. It was formally dedicated in 1920, completed in 1921, and its grounds officially finished by 1926. Until 1946, the Meiji Shrine was officially designated one of the Kanpei-taisha (官幣大社), meaning that it stood in the first rank of government supported shrines.

The original building was destroyed during the Tokyo air raids of World War II. The present iteration of the shrine was funded through a public fund raising effort and completed in October 1958.

Shrine complex
Meiji Shrine is located in a forest that covers an area of 70 hectares (170 acres). This area is covered by an evergreen forest that consists of 120,000 trees of 365 different species, which were donated by people from all parts of Japan when the shrine was established. The forest is visited by many as a recreation and relaxation area in the center of Tokyo. The shrine itself is composed of two major areas:
Naien
The Naien is the inner precinct, which is centered on the shrine buildings and includes a treasure museum that houses articles of the Emperor and Empress. The treasure museum is built in the Azekurazukuri style.

Gaien
The Gaien is the outer precinct, which includes the Meiji Memorial Picture Gallery that houses a collection of 80 large murals illustrative of the events in the lives of the Emperor and his consort. It also includes a variety of sports facilities, including the National Stadium (Meiji Jingu Gaien Stadium and later, since 1956, on the same site, Tokyo Olympic Stadium), and the Meiji Memorial Hall (Meiji Kinenkan), which was originally used for governmental meetings, including discussions surrounding the drafting of the Meiji Constitution in the late 19th century. Today it is used for Shinto weddings as well as meeting rooms rent and restaurants services.