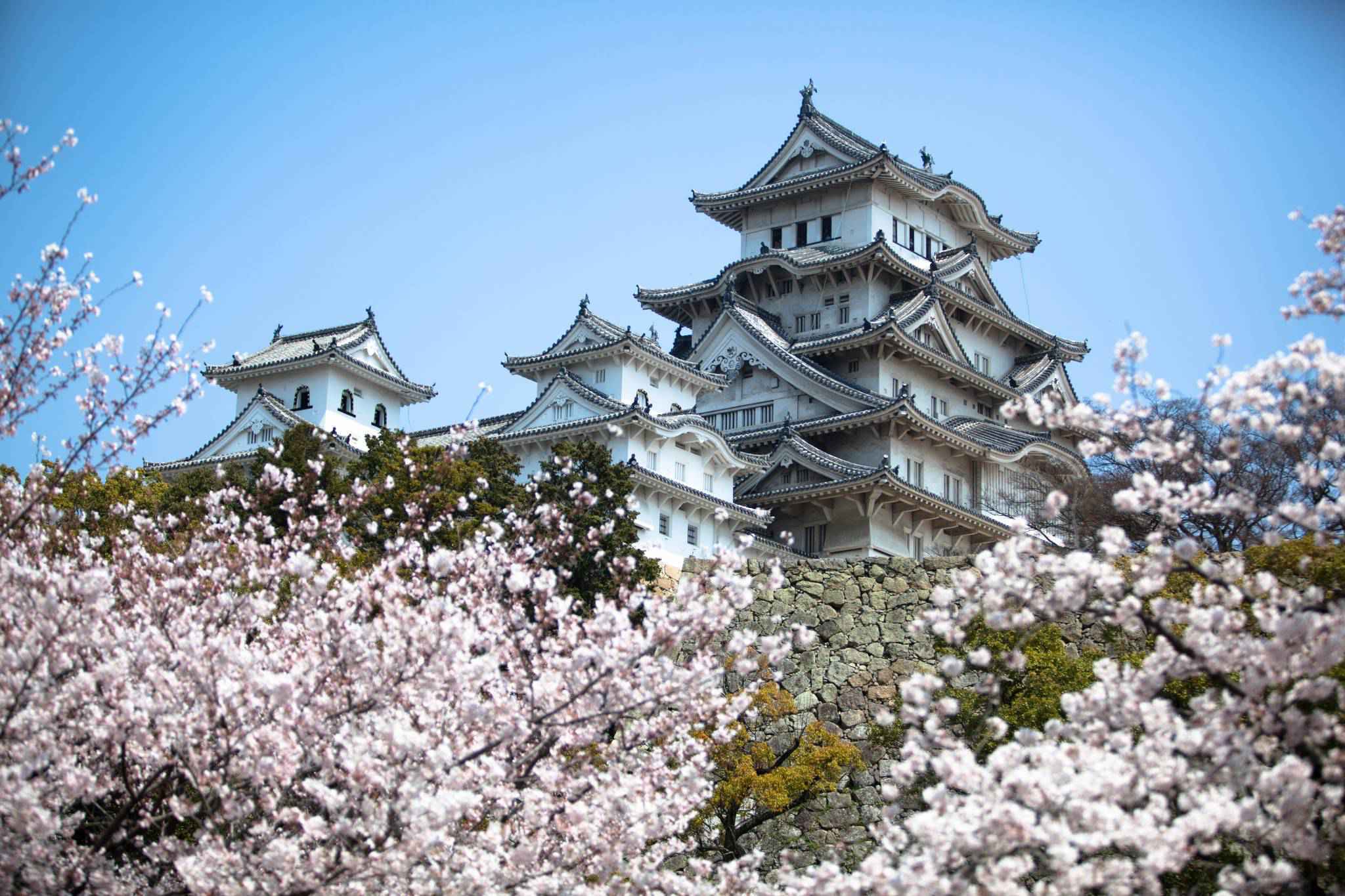 The Tokyo Imperial Palace (皇居 Kōkyo, literally "Imperial Residence") is the primary residence of the Emperor of Japan. It is a large park-like area located in the Chiyoda ward of Tokyo and contains buildings including the main palace (宮殿 Kyūden), the private residences of the Imperial Family, an archive, museums and administrative offices.
It is built on the site of the old Edo Castle. The total area including the gardens is 3.41 square kilometres (1.32 sq mi).

The present Imperial Palace encompasses the retrenchments of the former Edo Castle. The modern palace Kyūden (宮殿) designed for various imperial court functions and receptions is located in the old Nishinomaru section of the palace grounds. On a much more modest scale, the residence of the current Emperor and empress is located in the Fukiage Gardens. Designed by Japanese architect Shōzō Uchii the modern residence was completed in 1993.

Except for Imperial Household Agency and the East Gardens, the palace is generally closed to the public, except for reserved guided tours from Tuesdays to Saturdays. Each New Year (January 2) and Emperor's Birthday, the public is permitted to enter through the Nakamon (inner gate) where they gather in the Kyuden Totei Plaza in front of the Chowaden Hall. The Imperial Family appears on the balcony before the crowd and the Emperor normally gives a short speech greeting and thanking the visitors and wishing them good health and blessings.

Grounds
Kyūden
The Imperial Palace (宮殿 Kyūden) and the headquarters of the Imperial Household Agency are located in the former Nishinomaru enceinte (West Citadel) of the Edo Castle.
The main buildings of the palace grounds, including the Kyūden (宮殿) main palace, home of the liaison conference of the Imperial General Headquarters, were severely damaged by the fire of May 1945. Today's palace consists of multiple modern structures that are interconnected. The palace complex was finished in 1968 and was constructed of steel-framed reinforced concrete structures produced domestically, with two stories above ground and one story below. The buildings of the Imperial Palace were constructed by the Takenaka Corporation in a modernist style with clear Japanese architectural references such as the large, gabled hipped roof, columns and beams.

Fukiage Garden
The Fukiage Garden has carried the name since the Edo period and is used as the residential area for the Imperial Family.

East Garden
The East Garden is where most of the administrative buildings for the palace are located and encompasses the former Honmaru and Ninomaru areas of Edo Castle, a total of 210,000 m2 (2,300,000 sq ft). Located on the grounds of the East Garden is the Imperial Tokagakudo Music Hall, the Music Department of the Board of Ceremonies of the Imperial Household, the Archives and Mausolea Department Imperial Household Agency, structures for the guards such as the Saineikan dojo, and the Museum of the Imperial Collections.

Tōkagakudō (Music Hall)
The Tōkagakudō (桃華楽堂, Peach Blossom Music Hall) is located to the east of the former main donjon of Edo Castle in the Honmaru. This music hall was built in commemoration of the 60th birthday of Empress Kojun on 6 March 1963. The ferro-concrete building covers a total area of 1,254 m2 (13,500 sq ft). The hall is octagon-shaped and each of its eight outer walls is decorated with differently designed mosaic tiles. Construction began in August 1964 and was completed in February 1966.

Ninomaru Garden
Symbolic trees representing each prefecture in Japan are planted in the northwestern corner of Ninomaru enceinte. Such trees have been donated from each prefecture and there are total of 260, covering 30 varieties.

Suwa no Chaya
The Suwa no Chaya (諏訪の茶屋) is a teahouse that was located in the Fukiage Garden during the Edo period. It moved to the Akasaka Palace after the Meiji restoration, but was reconstructed in its original location in 1912.

Kitanomaru
The Kitanomaru Park is located to the north and is the former northern enceinte of Edo Castle. It is a public park and is the site of Nippon Budokan Hall.

Kōkyo-gaien
To the south are the large outer gardens of the Imperial Palace, which are also a public park and contain a bronze monument to Kusunoki Masashige (楠木正成). 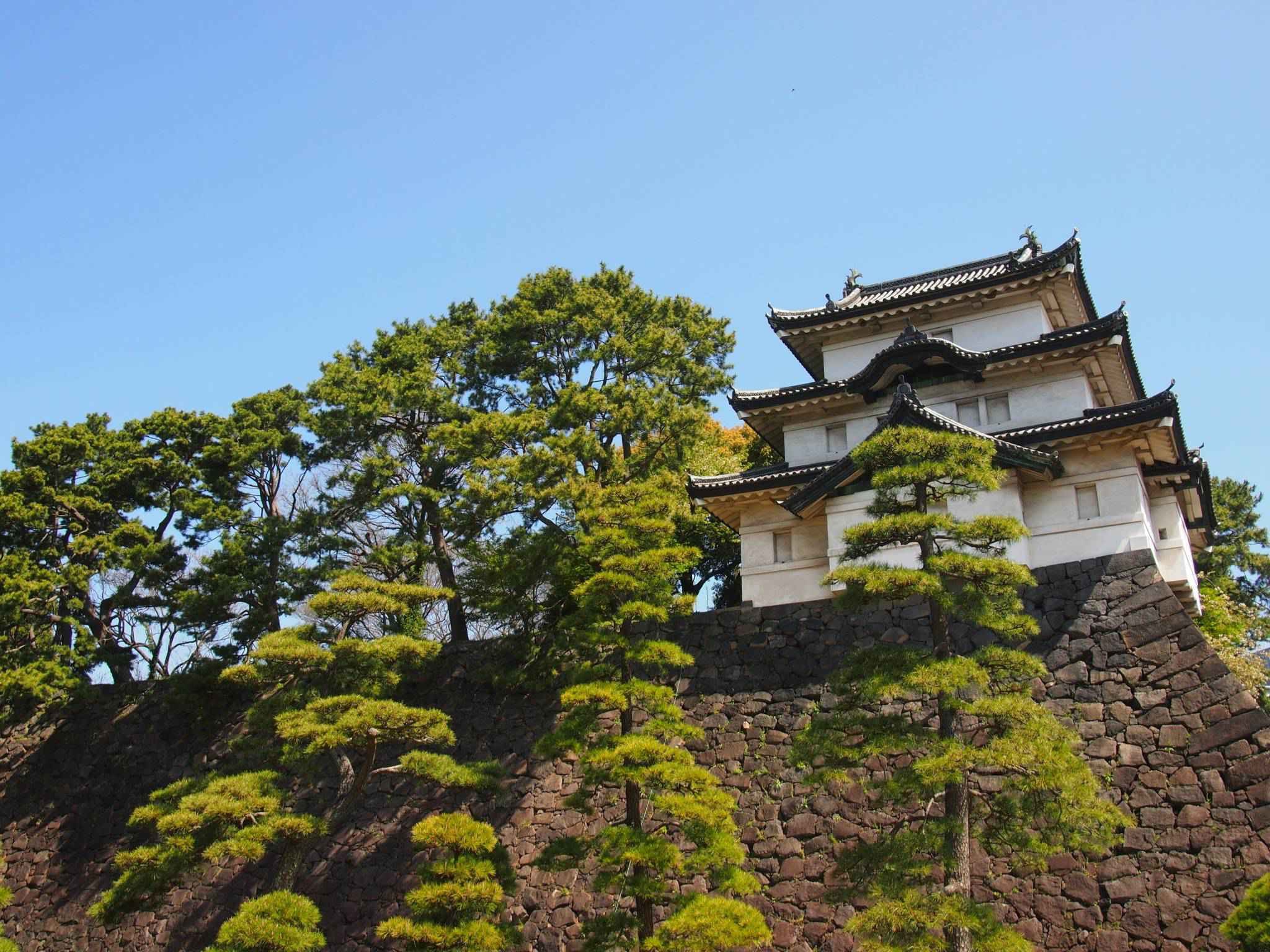